When I was in Budapest recently, I bought a pair of rain boots.

They are my Hungarian Galoshes.

I thought I broke my ankle when I tripped over a box of Kleenex last night. but the doctor said it is ok because it is only tissue damage.
L

Have you noted the ordinance is closing down the Oord Site?

May not be funny but sure is peculiar freedom ... loch'd own!

Luce NDs said:
Have you noted the ordinance is closing down the Oord Site?

May not be funny but sure is peculiar freedom ... loch'd own!
Click to expand...

If you read the mandate for study groups, the plan always was for completed studies to be closed. That forum is for specific discussion of specific books/media, not general discussion. A non-relevant post called attention to the fact that this one, while technically not complete, was still open even though the leader has not been active here in some time, causing the thread to become inactive as well.
L

Still an inordinate state of one thread in the great fabric of the eternal weaver!

One needs to open the visions ...

Not so much a joke as a humourous story, but it has a good punchline so I thought I'd drop it here. The author is part of the same writing community as Rachel and I. There's a few typos but I think that's because his vision is seriously messed up and he uses a screen reader and dictation software to write.

Even Buck’s friends considered him a tightwad's tightwad.

Where did Captain Hook get his hook?

At a Second Hand Shop.

Get home from work to find a neighbor digging up one of the bushes along the property line. There's a briefcase on the ground next to him.

"My financial advisor recommended that I put it in a hedge fund," he responds.
L

Mendalla said:
Get home from work to find a neighbor digging up one of the bushes along the property line. There's a briefcase on the ground next to him.

"My financial advisor recommended that I put it in a hedge fund," he responds.
Click to expand...

More rabid holes ... still dark and mysterious doings in the processing! Fete noire as a feet, or feat ... so confused with politix ... we jest don't know nothing when it falls upon us as a gape 'n thought! Mind; a dark hole where lighter thoughts fall out ...

We might ask how they got there but distinct authorities would not wish us to know ... a scheme with a sliding scale ... leading to slippery contemplations! Will it too ... not wash? Its el loped in a lapse ...

Forgetting is a strong past time for mortals ... beyond that? A word called immortal as again ... something dark and mysterious!
Last edited: Mar 5, 2020
L

Word as an amusing turnabout that may get you through the Deis ... in which thou art shadowed by unknowing and unknown powers that believed different!

Life in black and white without the red and yellow ... red in your eis (that's one) and yellow for pissy fear about darker spots ... knotty trees that may leave an isolated personality stumped! --- DR Seuss.

He also sketched as cartoon about a false fear about the 5th column's definition ... something to blow your worries right out of proportion!

Dr. Seuss was a curious characterization ... of indoctrination ... ode item ... maybe an itiem. Word .... something to be worked ... especially if connected like chain letters to powers ... confinement? That's secure ... A-Line ... ana line is a dye to be avoided in fabrics!

Why do EMT's go out in twos?

They're a pair o' medics.
L

Redbaron said:
Why do EMT's go out in twos?

Thus we receive a spate in doctoring ... that may redact to:

https://www.cbc.ca/news/world/mueller-report-barr-judge-rebuke-1.5487800
​
​
Imagine such abstractions as we go around in the spin ... still indelible and darkly inked by rites ...

Some are impressed, impacted and others are caused to ponder ... some do no such thing as it is nothing ... (one of my grandfather's great talking points ... as if there was nothing to it)! Generates the point of a headman as hedonist!

The mad scientist, after many years of trying, finally managed to clone himself. However, it didn't quite work out as he had expected. All the clone did was stick his head out of the third-story window of the lab, and yell curses at the people who walked or drove by. After about three weeks of this, the scientist was angry enough one day that, while the clone was leaning out and cursing out the world in general, the scientist rushed into the room and pushed his double out of the window, onto the sidewalk three stories below.

When the police came to investigate, they arrested the mad scientist for making an obscene clone fall.
L

Thus Cloes up indications of nun going down the tubes (rabid hole)! A certain blossoming in the pool ...

Thought this was kinda cute, and maybe a bit thought provoking. 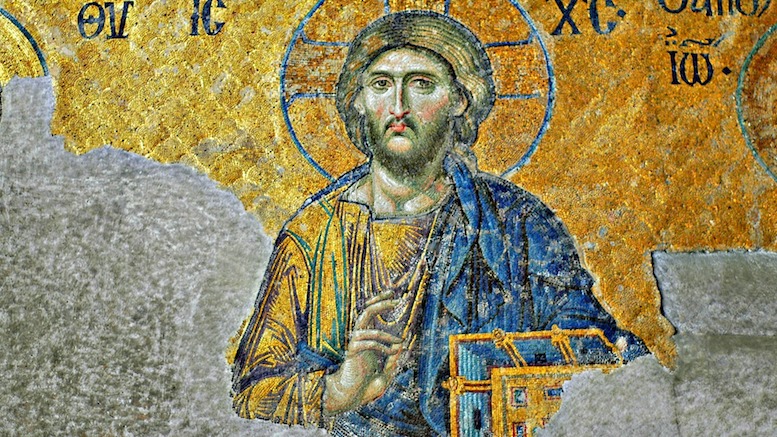 Lord and Savior Jesus Christ has announced he is writing a brutally honest account of his time on Earth, to be published in Amazon’s Kindle store under the title ‘Walking on Water’. The Lamb of...

I heard this the other day, in light of the run on TP:

In a public restroom in the US...

A man realizes his stall is out of TP. He calls over to the next stall, "Hey man, do you have any toilet paper you could pass me?"

The man in the next stall says, "No, I just used the last of it."

The first man says, "Could you lend me a dollar then?"

The man in the next stall says, "Sure." And he reaches under the stall and hands the money to the first man.

Yep. It doesn't work in a Canadian context anymore. I mentioned "restroom in the US".