THE GREAT RESET ... Post Covid and the 4th Industrial Revolution.

In a simple world ... complexion is a disturbance. Applied dissonance?

Right you are @Mendalla ... I will leave it alone.

Waterfall said:
What is the Great Barrington Declaration?
Click to expand...

An 'establishment' US newspaper printed this today ...

We have watched, with surprise and dismay, as mandates and policies designed to contain the spread of COVID-19 increasingly depart from the actual data and science. As a result, those most vulnerable to the disease continue to die, while the least vulnerable continue to suffer the mental, emotional and financial impacts of the lockdown.

We support the Great Barrington Declaration and its strategy of focused protection of the vulnerable and freedom to choose individual levels of protection for others. The declaration has been signed by leading epidemiologists, scientists and medical professionals. This internationally endorsed, nonpartisan, scientifically based strategy of how to respond to the pandemic and its subsequent policy responses is based on the most current COVID-19 data.

The declaration’s description of the focused protection strategy states: “Those who are not vulnerable should immediately be allowed to resume life as normal” while “adopting measures to protect the vulnerable should be the central aim of public health responses.” An informed individual and the freedom to choose is at the heart of our response. We have watched, with surprise and dismay, as mandates and policies designed to contain the spread of COVID-19 increasingly depart from the actual data and...
www.dallasnews.com

The Great Barrington Declaration: another view also posted in the Novel Coronavirus thread. 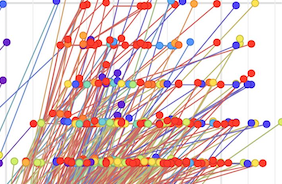 Viewpoint: The “Not So” Great Barrington Declaration

For infection preventionists and frontline healthcare workers, the Great Barrington Declaration places their lives and livelihood at risk. A field hospital has been activated in Wisconsin and the state is at risk of running out of hospital beds and trained staff.
www.infectioncontroltoday.com

Given my now more informed understanding of the Great Barrington Declaration as written, I choose not to lend my support.

It demands dissenters make compromises that would limit our ability to effectively advocate for bodily sovereignty in the future.

This is especially true in light of the UK Covid Common Pass being launched the same week the declaration was issued.

Their silence on how the biosecurity state is being integrated into public health surveillance is extremely concerning to me.

Lockdown is a piece of a much larger puzzle.

Public health has been used to justify the gutting of the world economy in order to pave the way for Davos’s Globalization 4.0.

The economic devastation thus created can now provide attractive returns on investment for future pandemic preparedness bonds, discussed by the Global Preparedness Monitoring Board in their recent report, A World In Disorder.

It is dishonest to talk about the lockdown as if it were a one-off event.

Those in power have made it very clear that is it not.

If this declaration were a real threat to the end game, media outlets around the world would not have picked it up.

As has happened so many times before, a truly revolutionary effort would have been silenced.

Such is the sick logic of a media landscape held in very few hands, that any story with legs does in fact serve the interests of the elite.

Stories with the potential to actually destroy systems of power will never surface in 'sanctioned media spaces', mainstream or alternative.

The fact that GBD made such a big splash, in the Wall Street Journal no less, may simply be an indication that the elite were ready for us to be let out of lockdown.

That way they can move on to the next phase of the bio-terror program.

They can’t normalize health passports under lockdown; they need for us to acclimate to their “new normal.”

Plus, they’d love us to believe we’d “won” that round.

If you think about it that way, this bit of theater makes a lot more sense.

They want us to have faith in health authorities.

They need for us to believe the public health profession has insiders who will look out for “the people.”

We are in an ongoing war for control of our bodies.

During lockdown this has meant masks and social distancing.

This entire program rests on the manufactured poverty created by the Covid crisis, that is sucking the masses into integrated government benefit systems and denying them economic independence.

Whether they are willing to face it or not, the primary signers of this declaration are all affiliated with universities that have been in the vanguard of setting this apparatus up in the wake of the last global financial crash.

What I see is the vast network rolling out behind them ready to trap the poor and mine them for data.

Public health “surveillance,” welcome to their new normal, a world where data, human data, is the new oil and people are commodities.

The plan is to steal our livelihoods, our culture, and our leisure and reduce us to welfare dependents upon whom hedge funds can gamble.

The 'threat of pandemic' is a key tool in their tool kit.

This letter prepared by the World Doctor’s Alliance seems much better suited to the task we have at hand.

A comparison of their approach versus the Great Barrington Declaration is warranted in my opinion ...

Give it a look https://worlddoctorsalliance.com/ims/WDAOpenLetter.pdf

Ritafee said:
The 'threat of pandemic' is a key tool in their tool kit.
Click to expand...

So, what was the 1917-18 Spanish Flu
The Black death of the Dark Ages in Europe?

BetteTheRed said:
So, what was the 1917-18 Spanish Flu
The Black death of the Dark Ages in Europe?

IT AI tools? Natural tools? What was in the tool kit during 'threat' of pandemics in 1917 and back to the Dark Ages?

It’s a disgrace to history to ignore the power that technology has in facilitating acts of evil.

IBM’s work with the Nazis serves as a prime example of that facilitation.

The Holocaust presented a number of logistical hurdles to the Nazis, and IBM offered them a perfectly legal solution.

During the mid-20th century, the software company’s punched-card technology helped the Nazis carry out the genocide of millions.

It’s important to note that the Holocaust was at its core a highly organized and bureaucratic act, one planned to the T.

Thus the Führer’s Final Solution would take place in six phases: identify those of Jewish (unvaccinated?) descent; exclude them from society; confiscate their property; move them into ghettos; deport them, and exterminate ( digitially vaccinate?) them.

The first step toward achieving such a vision involved figuring out just how many people the Nazis (technofascists?) needed to round up — in other words, conducting a census (ID2020).

Thus the Gothic Vandals (don) against the gnomon from an arid land ... semetæ ... or semitic icons ... mire signs ... maybe Zion across the stretch of the medium ... a'p age? Time demonstration flatly deposed ... the layout!

ChemGal said:
Healthcare system is not ok,
Click to expand...

Government bureaucrats are only able to cut costs by shrinking access to health care. All those free tests and free flu shots ... actually do have to be paid for somehow ... bound to be some collateral damage ... but the good news is nobody is dying of the complications of old age anymore.

ChemGal said:
Maybe if enough people have surgeries cancelled they will push for private clinics to do them *sigh*
Click to expand...

Under federal law, private clinics are not legally allowed to provide services covered by the Canada Health Act. Regardless of this legal issue, many do offer such services. Are you hoping that the services will be covered? 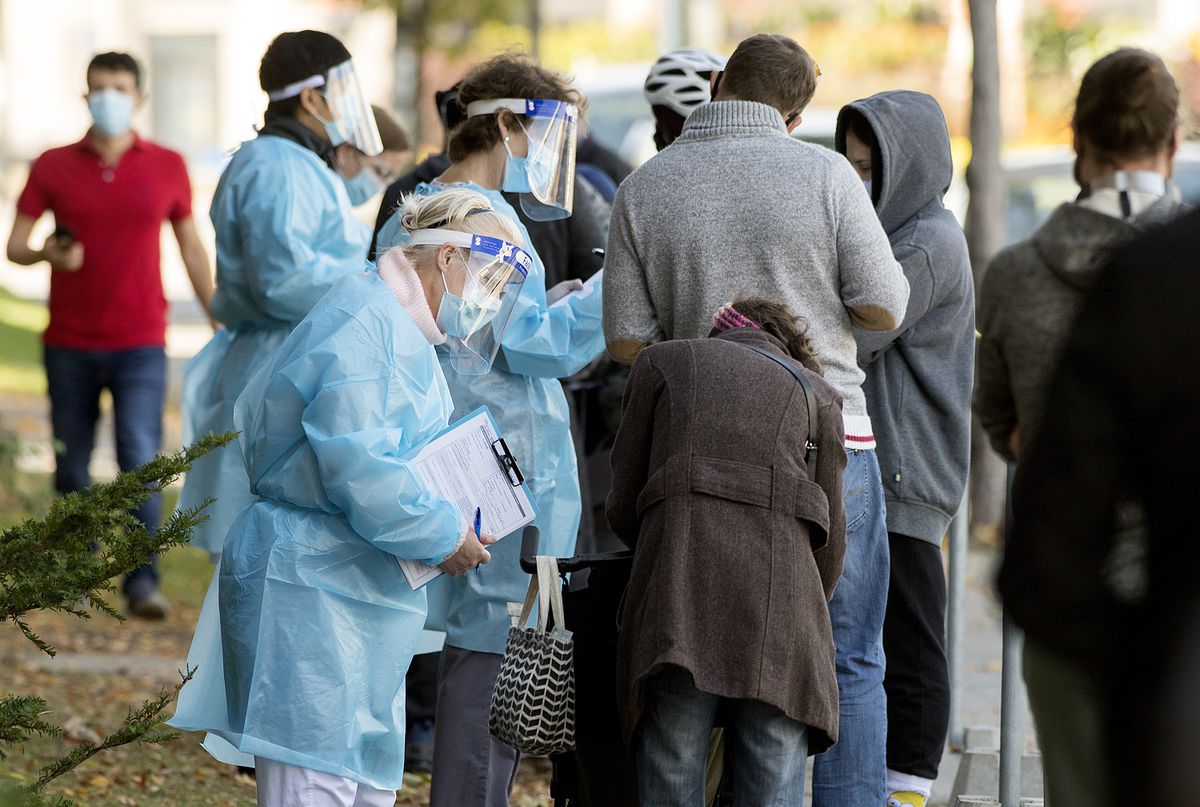 navdanyainternational.org
Gates to a Global Empire OVER SEED, FOOD, HEALTH, KNOWLEDGE ...AND THE EARTH A GLOBAL CITIZENS’ REPORT

Goldman Sachs today accepted responsibility for its role in a conspiracy to bribe high-ranking foreign officials to obtain lucrative underwriting and other business ...

Goldman Sachs Charged in Foreign Bribery Case and Agrees to Pay Over $2.9 Billion


At the big banks — which saw little-to-no consequences for their role in the 2008 financial crisis — Biden is sweeping up donations from employees by huge margins. At Goldman Sachs, for example, Biden has raised more than $156,000, while Trump has taken less than $12,000.

Of all the investment banks on Wall Street, Goldman Sachs enjoys the most incestuous relationship with Washington, where it has a revolving door at the Treasury Department.​

In true Trumpian style, after attacking Hillary Clinton for her Goldman ties, he wasn’t satisfied to do just that.

He had to do it bigger and better. Unlike Bill Clinton and George W. Bush, just a sole Goldman figure lording it over economic policy wasn’t enough for him. Only two would do.

As Chris Hedges has said more than once ...

Corporate lobbyists write the laws. The courts enforce them.


We, the public, are spectators. An audience. Who will be seated when the game of musical chairs stops?

Redbaron said:
I thought Ivanka was set to run in 2024. Have plans changed?
Click to expand...

The plan has always been for a Great Reset to bring about a New World Order of a one-world financial system and an international governing body to implement the perfect technocratic state.

That cannot happen until the current paradigm—the Pax Americana built on the petrodollar and enforced by NATO—is destroyed.

To reset the chess pieces, the board has to be knocked over first.

If you want a sense of where the Great Resetters are planning to take America and the globe, just turn to their handy-dandy

Great Reset bible where they discuss these issues at great length:

Ritafee said:
The plan has always been for a Great Reset to bring about a New World Order of a one-world financial system and an international governing body to implement the perfect technocratic state.

That cannot happen until the current paradigm—the Pax Americana built on the petrodollar and enforced by NATO—is destroyed.

To reset the chess pieces, the board has to be knocked over first.

If you want a sense of where the Great Resetters are planning to take America and the globe, just turn to their handy-dandy

Great Reset bible where they discuss these issues at great length:
Click to expand...