Redbaron said:
Evidently, Trump thinks his face should be included on Mt. Rushmore. Her's one artist's conception of how that ought to look.
Click to expand...

Let's be honest, here. Mount Rushmore, in retrospect, was a vanity project in the first place. Destroying a mountain so they could honour their Presidents is really American arrogance and pride at its worst. Mountains should stand as a monument to nature and a reminder of how much bigger the world is than just us. They should teach humility, not pride.
L

Imagine faces in a high position ... prepared for eventual nemesis ... thus the earth falls! This a mire transference from a searing heat ... perhaps a word from Enoch ... listen to the bump in the Nix (old word for night) when you should rest! Some can't because of narcissistic abuse! It is a missal from the unseen psyche ... 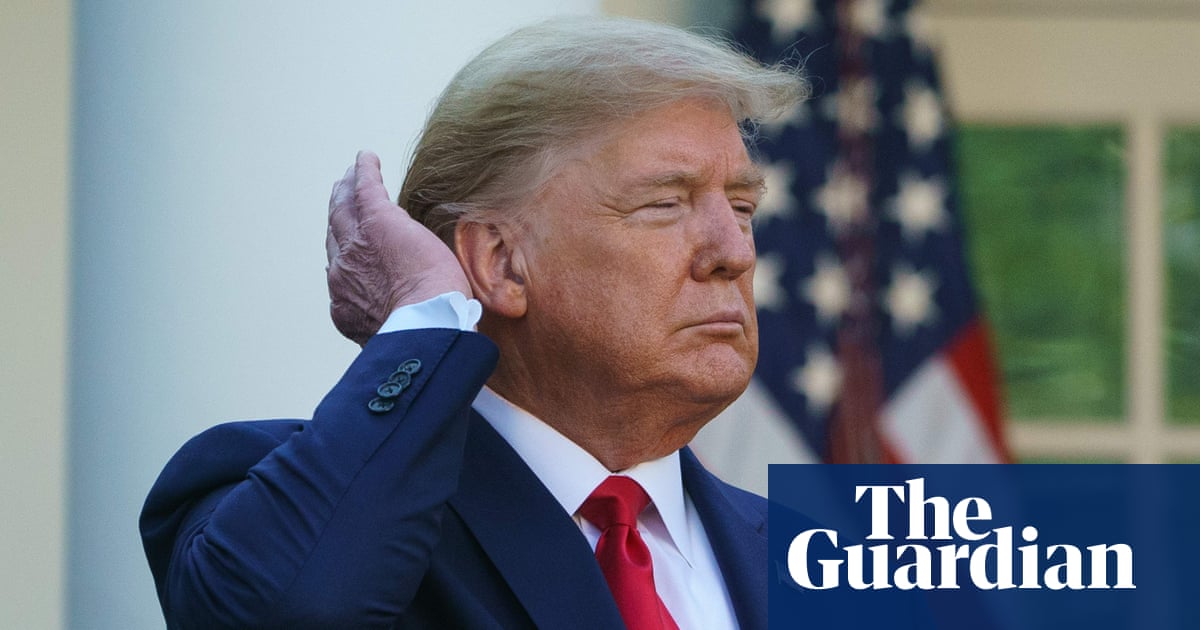 US proposes change to shower rules after Trump's hair-washing moan

President believes shower water does not flow fast enough for his hair to be ‘perfect’, prompting officials to suggest changes to boost pressure

Prepare for hurricane season and appearances of busted pipes ... celtic legends on stones!

US proposes change to shower rules after Trump's hair-washing moan

President believes shower water does not flow fast enough for his hair to be ‘perfect’, prompting officials to suggest changes to boost pressure

Yes, he will be remembered in history as the one who got all Americans wet by improving the shower heads ( and got carried out of the White House after the election).
L

Mrs.Anteater said:
Yes, he will be remembered in history as the one who got all Americans wet by improving the shower heads ( and got carried out of the White House after the election).
Click to expand...

He needs more water for his hair? Honestly he should avoid talkI gotta about his helmet hair

more importantly he put a stooge in place running the US postal service. They are cutting service in order to not be able to cope with mail in ballots

gosh I hope all Americans living in Canada vote this time

Tis a hairy device well heralded ... as a blue-eyed, blond haired super person? Obviously an import because he believes all other westerners corrupt and demos untasteful ... expect a lot of spitting and hissing ... mudslinging, etc.

Denial is elimination and once incoming information is denied ... all that is left is ... nothing ... what my grandfather said was "love" and in such irrational process does an isolate folk lose it?

Leaves me at Luce Ends gathering bits and threads! So mind me avoid the holes ...

I wonder if anybody ever counted the total amount of words Trump is using- I doubt he gets beyond 1000, maybe not even 500.

He’s an enigma. Just bizarre. Everyday, I lament that he got elected. Everyday.

The fact that university educated people voted for him too, is infuriating. He was a big clumsy beast like Frankenstein heading straight for the people of the whole world - and they were too caught up with greed for their fight or flight - or even their rational intelligence - to kick in.
Last edited: Aug 14, 2020

Mrs.Anteater said:
I wonder if anybody ever counted the total amount of words Trump is using- I doubt he gets beyond 1000, maybe not even 500.
Click to expand...

There's information out now that he's repeating the same speech over and over. I've seen at least two people, David Pakman was one, who played him side by side saying the same words. I knew he had the same talking points. I hadn't realized it was an entire speech or "briefing"

Though all politicians use the same stump speeches. Oddly I don’t th8nk he stays on script enough to use the same speech. I always find it funny to watch him droll on and on when reading a teleprompter ad then brighten up to say. “ the best or the worst or.....”

I'm just going to say that the colour of this was just so perfectly wretched as to remind me of the "nails on chalkboard" sound of the man's voice. Reading it is VERY painful, especially in contrast to his predecessor.

The particular reason that the colour combo gives me the particular shivers? The worst car I ever had in my life, the one that made me cry and curse like no other, was an ancient Buick Skylark in urine yellow with flat black bumpers/trim.

His brother is in the hospital. I hope he recovers, and I hope Trump resigns for family reasons. I think all sides could probably agree that it would be a really good, even admirable, reason to quit.
Last edited: Aug 15, 2020

Then again, they'd have Pence in charge; and what would that all mean for the election?
L

Read Mary Trump's book ... Trump never really got on with most of his family except his tyrannical father! All about winning no matter what the cost ... thus not worth resigning for ... if you're to be the last one standing!

Luce NDs said:
Read Mary Trump's book ... Trump never really got on with most of his family except his tyrannical father! All about winning no matter what the cost ... thus not worth resigning for ... if you're to be the last one standing!
Click to expand...

There are several recent books I want to read but I can't buy them. That's one of them. DJT has probably read it though! Of course he has. Or someone read it to him at bedtime.

He needs admiration. He could really "win" it and get back at her by proving her wrong and showing the people he's a caring family guy who loves his brother, couldn't he? He could "own the libs" who think otherwise.

On the other hand, one would have to be a stone cold character to not let constant public criticism get to them (he has been hammered with it - and he wasn't cut out to take it - but he does far more hammering, on the offense, than is respectable of the leader of the "free world", with the power that office carries). And a lot of political leaders seem to have that ability to completely block out criticism - which is also a scary trait - but he doesn't.
Last edited: Aug 15, 2020
You must log in or register to reply here.
Share:
Facebook Twitter Reddit Pinterest Tumblr WhatsApp Email Share Link
Top