Mendalla said:
My thought as well. @Northwind and @BetteTheRed are mods and part of the conversation so they can move the discussion as they see fit, but it does seem to be moving out of the realm of COVID-19, eh.
Click to expand...

My apologies. I won't be commenting further. If someone wants to move them I'm fine with that. I'll leave that to someone else today.

Ritafee said:
This is hillarious ... 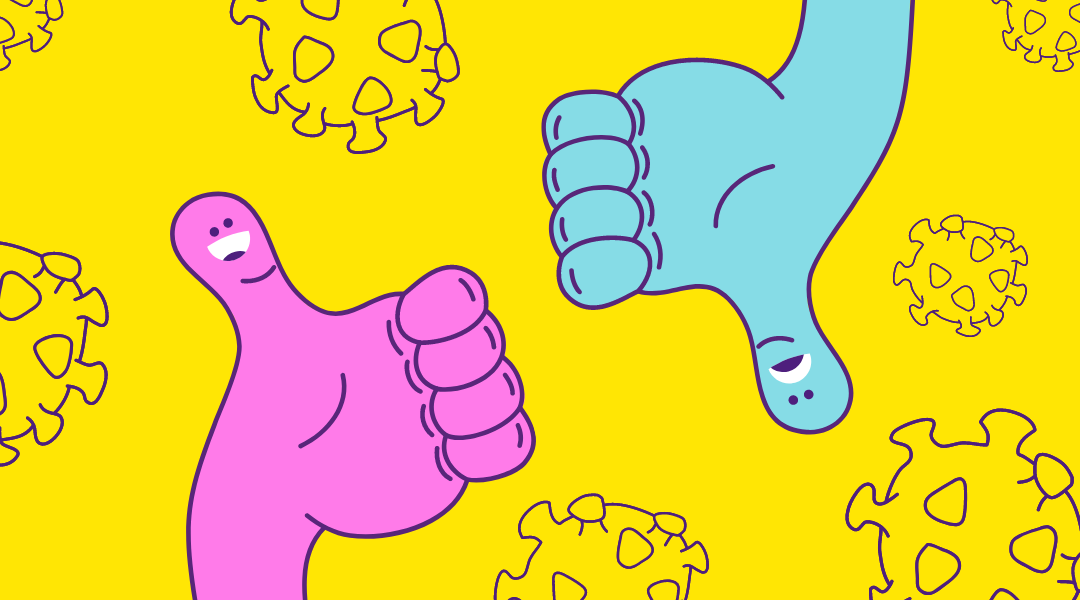 Misinformation spreads faster than the coronavirus.

I bet you had trouble getting answers right...

Mrs.Anteater said:
I bet you had trouble getting answers right...
Click to expand...

And I will wager that you got them all correct ... your social credit score is secured.
I knew what the 'right answers' were ... I deliberately answered them 'wrong' ... The 'tracing ap?' kept trying to 're-educate me' giving me many chances to upgrade my status if I would just go back and answer the questions correctly ... and the sources for the benefit of my further education...

ChemGal said:
Only people in good health can rely on homeopathy because it doesn't do anything.
Click to expand...

So people in good health can rely on vaccinations but not homeopathy?

Yes, there are scenarios when homeopathy doesn’t work.

For instance, a practitioner may give the wrong remedy or the wrong dilution, and the remedy doesn’t seem to work.

Same scenario with prescription ... sometimes a drug doesn’t work for that specific person or the dosage needs to be adjusted.

Its also possible that homeopathy can be used incorrectly and rendered useless due to outlying factors.

Same goes for vaccines ... no clean water ... no good food ... no clean air ... no adequate shelter ... compromised immune system ... vaccines should only be relyed upon for healthy people?

My posts seem to be disappearing left right and center ... strange days.

They're not disappearing. They are moving to appropriate threads.

There's a subset of the admin/mod team that is into keeping things within the bounds of the OP of a thread. I'm not one of them, and appear to be one of the worst offenders for following posters down rabbit holes, so I'll say no more. If you keep within a topic, it does help to find what you're interested in talking about.

Waterfall said:
This thread is for anything related to the Novel Coronavirus.
Let's talk and share.
Click to expand...

BetteTheRed said:
There's a subset of the admin/mod team that is into keeping things within the bounds of the OP of a thread.
Click to expand...

BetteTheRed said:
If you keep within a topic, it does help to find what you're interested in talking about.
Click to expand...

This. There is nothing more irritating than finding a discussion I am quite interested going down rabbit holes that I have no interest in, forcing me to leave that discussion.

Mendalla said:
forcing me to leave that discussion.
Click to expand...

Tell me about it.

I think that Nova Scotia is the best example for it. We had early restrictions and daily warnings, closed borders and the main outbreak was in our largest nursing home ( which is a shame, but that’s another story).
Then they mandated all students from other provinces to take a test plus isolate for 14 days, with consequences of $1000 fine and even one person was expelled. The students are still behaving very much like kids and I know of quite a few older people who just avoid the university town, because they keep walking around in flocks, not wearing masks and not keeping distance. A friend, who had three students as tenants made it very clear to one of them who just wanted her boyfriend from Ontario to come for a long weekend, that that is not an option.

From what I heard through the grapevine, the outbreak in NB in a nursing home was caused by one personal who went to Mexico on vacation and didn’t quarantine on return. I wouldn’t think that was possible, but I guess if that person didn’t tell anybody where they were going. So it also takes social control from coworkers who need to point that out. And if that was really the case, I imagine it will have consequences for that person.
L

If info and data goes down a rabbit hole and there are those disinterested ... thus it remains subtle!

Sometime it may appear nebulous as a partisan spinoff ... in prejudice; without all available data ... you can't see through ET!

now, oddly the EU is having a huge uptick, we are starting too. It it does feel a bit like Pot and Kettle

however, we feel smug compared to the disaster in the USA. But we aren’t doing very good


on a personal note, we assess the Florida situation all the time because we usually winter there

Discounting all the people who have lost everything as necessary collateral damage in favor of 1 case of ? ... I fail to see that as 'works', crying out loud!

Many Australian health professionals consider the Covid-19 lockdown measures to be disproportionate and unscientific. Support us to end these harsh restrictions.
covidmedicalnetwork.com

So what's the ratio of the populations? That's what really determines how to compare these numbers. If it is c16:3 then this is the expected result if we are no better or worse than Florida.

My mom's sense of humour pulls through. She sent around a photo of herself for a job she's doing - wearing mask and full visor covering her whole face. She's slightly cross eyed in it ( not on purpose and not normally - is looking down or something) with her heavy rimmed big glasses on. It's hilarious. Out of respect I will not post it. Also, it might go viral if I put it online. It's a perfect meme photo. I don't think she'd like that.

BetteTheRed said:
If you keep within a topic, it does help to find what you're interested in talking about.
Click to expand...

It is incumbent on all of us to examine the bigger picture and assess the significant harms being inflicted on our society in the pursuit of a very narrow concept of ‘health’. But not in this thread?

Ritafee said:
It is incumbent on all of us to examine the bigger picture and assess the significant harms being inflicted on our society in the pursuit of a very narrow concept of ‘health’. But not in this thread?
Click to expand...