Who’s to Blame for the Riots? Sermon by John MacArthur

Mrs.Anteater said:
This is how conspiracy theories start. He was a business owner. Brinks is a company handling business cash. How else would they make business - they‘ ve got to have some legal customers,it would be suspicious if they only deal with criminals money and police informants.
Click to expand...

Put it on Maclean's magazine, then. (Which is quite reputable.) They cracked this story open. It was their investigative reporting. Your automatic dismissal of a credible news source is not helpful for getting to the truth.

It was stated by a banking expert, and a few Mounties - that the transaction a) is highly unusual b) is the way the RCMP moves money to informants - and it was reported in Maclean’s, a reputable source of investigative journalism. It’s a news magazine. They wouldn’t risk their reputation by just making s**t up. So Maclean’s started a conspiracy? Wortman took out over $400,000 in cash. He had a small business that was legal - but the secrecy of moving $400K in cash is suspicious.
Last edited: Jun 22, 2020

Kimmio Laughterlove said:
There’s a lot about the situation on this Halifax news site. 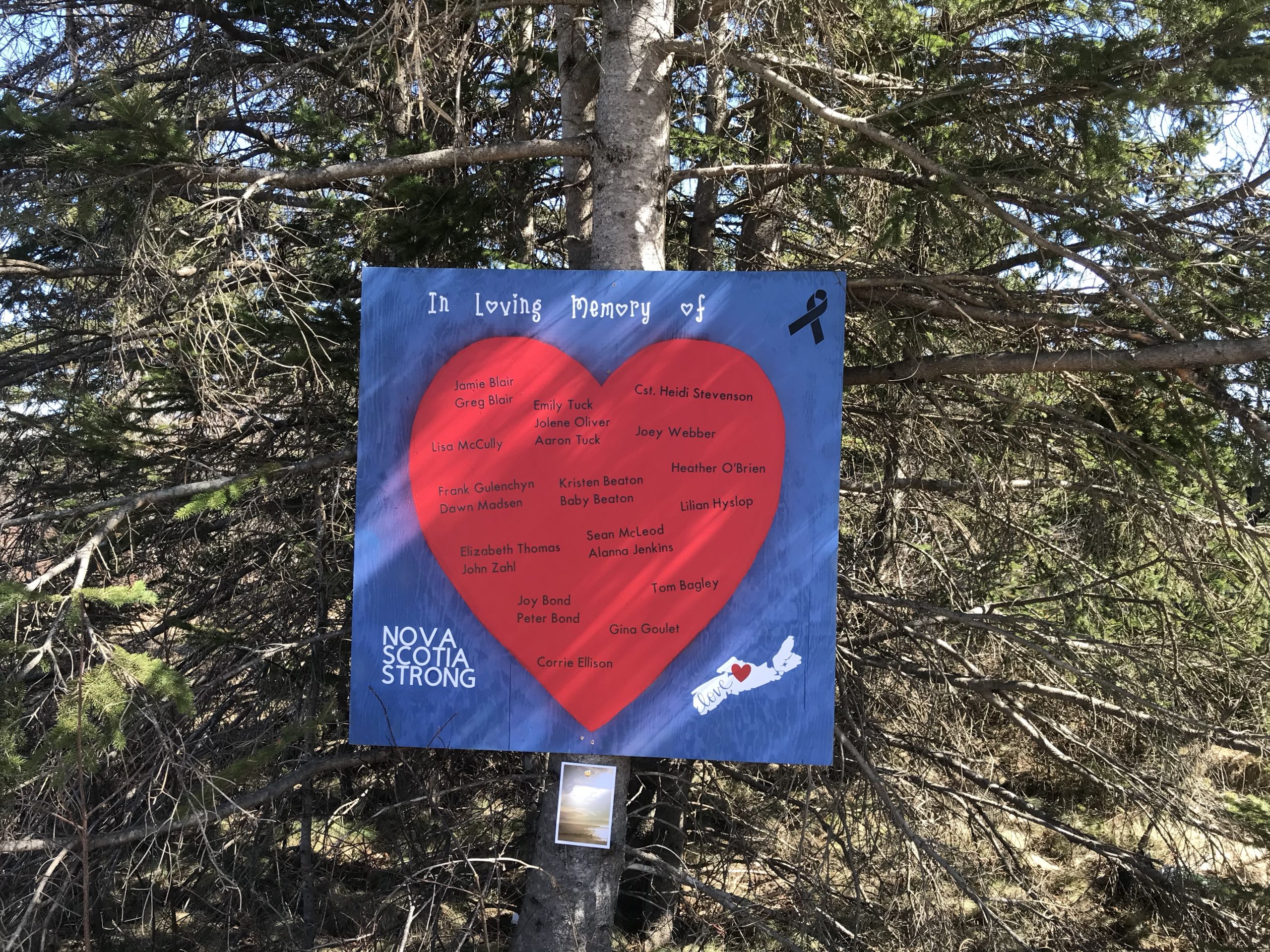 Inquiry into mass shooting will be announced soon

A federal-provincial inquiry into the mass shooting that claimed the lives of 22 Nova Scotians could be announced as early as next week after the details are sorted out. Attorney General Mark Furey said yesterday discussions between the province and federal Public Safety Minister Bill Blair are...

I looked at one article. It raised some good points. I'm glad this is happening when systemic racism is being discussed broadly. Structural issues need to be addressed in addition to looking at police response. I hope the body that does the investigation needs to be at least interdisciplinary, and not solely done by the police.

"Furey said the inquiry must be “independent” and broad in its scope. In his view, the inquiry “should be not only about the incident” but also examine elements such as “gender-based violence and mental health.”"

We need more investigative reporting like Maclean’s does. Not just reporting what xyz politician says. (This is a continuation of my previous thought, northwind, not a response to you).
L

The great command is to love everything ... with the exception of those siblings that are well hated in a deep manner ... thus bad roots ...

This may depend on your position in the greater orders ... and the naivete rules do not allow understanding of psyche complexes! Thus KISS Prin. and gamma departs ... the dark ancient lady of the pool ...

Tis a myth for sure as ordinary people are not licensed to know truths ... playing misty? It was all a cloud ...

More reporting and information seeking is done for far less bizarre and horrible crimes. Wanting more information isn’t conspiracy theorizing. It’s actually weird that there isn’t more investigative reporting, and that the public is dismissive. There have been numerous incidents of corruption in the higher ranks of the RCMP - and nobody can deny that this case is highly unusual. Even the details we do know for sure are too unusual to ignore.

Northwind said:
I looked at one article. It raised some good points. I'm glad this is happening when systemic racism is being discussed broadly. Structural issues need to be addressed in addition to looking at police response. I hope the body that does the investigation needs to be at least interdisciplinary, and not solely done by the police.

"Furey said the inquiry must be “independent” and broad in its scope. In his view, the inquiry “should be not only about the incident” but also examine elements such as “gender-based violence and mental health.”"
Click to expand...

That is interesting. I hope that the full inquiry fully covers the incident, mental health and gender based violence, and the systemic issues with policing, and police corruption.

To try and drag us back to the riots, specifically in support of the Black Lives Matter movement, I offer a classic Billie Holiday protest song:

Some authorities aver that questions and testing of authority will corrupt statistics!

I find it odd that the word aver is related to avarice in a variety of possessive-like determinations! Then out comes the law of 9/10's of the law is possession and the 10% is lost to them as something they have no cognizance of what so ever!

Yes, we do have systemic racism!

Did you forget this one? 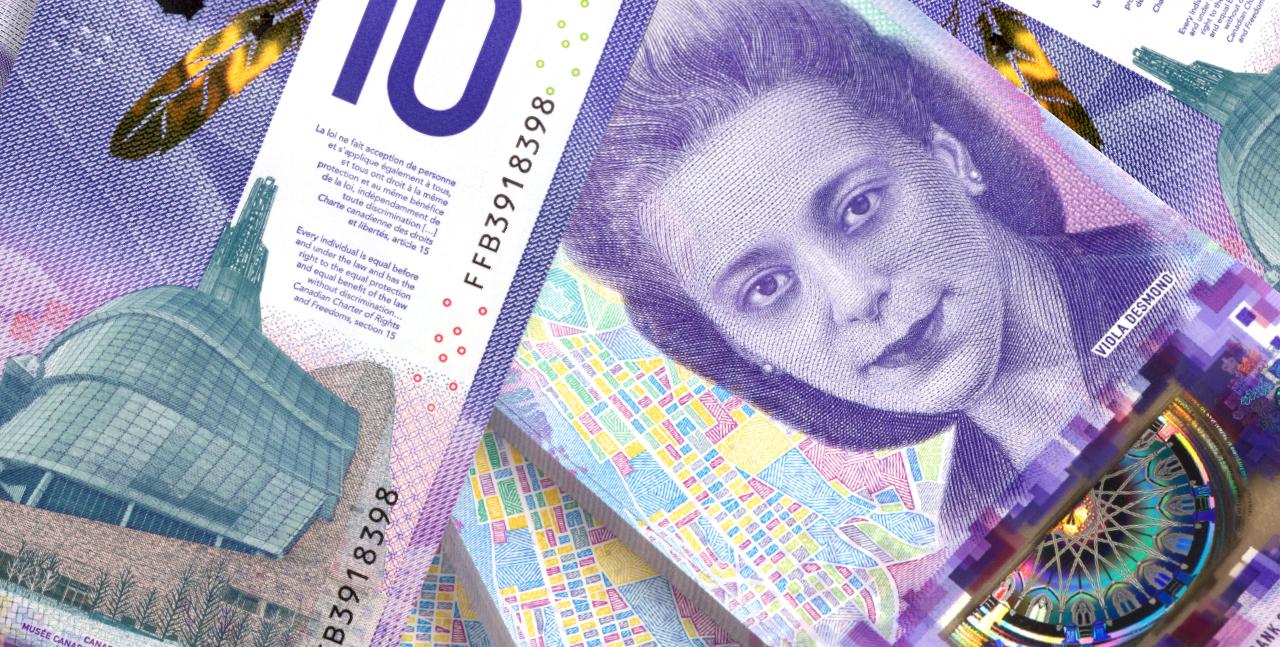 And if you want to change the past decisions, contribute to the future: 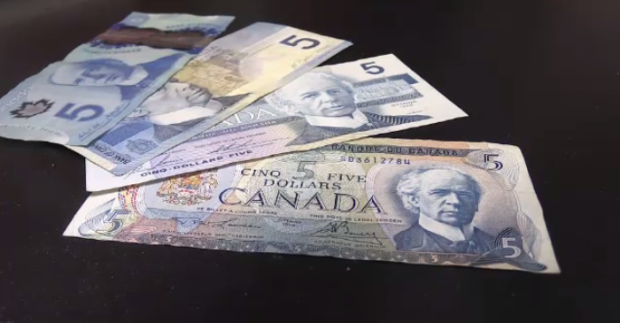 Canadians to select a new face for the $5 bill

The Bank of Canada wants to put a new face on the five dollar bill and it needs Canadians' help to make the decision.
kitchener.ctvnews.ca

Mrs.Anteater said:
And if you want to change the past decisions, contribute to the future:
Click to expand...

Fret not, folks! The Bank of Canada is going to honour another great Canadian on the $5 note, and both Sir John A. Macdonald and Prime Minister Sir Wilfred Laurier will be bumped up to higher denominations.

How does putting someones face on bank notes change anything.

“Whose image is this,” He asked, “and whose inscription?”

Both chartered banks and the BOC have a legal right to print new money without a specific reason. The BOC has held the ability to print new money since its inception; however, chartered banks did not always have this right. Before the leadership of Canada’s 18th Prime Minister, Brian Mulroney, from 1984 to 1993, all banks in Canada were required to maintain at least an 8% reserve. This allowed the banks to lend out the same money approximately 12 times over. Mulroney dropped the required reserve rate to 0%. Thus, banks can lend out any amount of money, whether they have something in the way of reserves to back it or not. Though the Bank of Canada is the only institution that can print money, chartered banks can create money by entering it into a ledger when they issue a loan.

The creation of money is inflationary, whether the BOC or a chartered bank create it. A certain amount of inflation is considered necessary to allow for an expanded economy to function. However, the federal government has effectively also given private banks some control over the money supply without accompanying government control. When the BOC creates money, the federal government can utilize the funds for various programs, including education, health, and defense. The funds can also be spent on the reduction of debt and taxes. When chartered banks create money, it goes primarily to the bank’s shareholders.

So a bank note with a picture of Viola is different how?

Mrs.Anteater said:
who is to blame? The John MacArthurs of this world,who are very white, and who have nothing better to do than judging others, denying the existence of racism, throwing bible verses at people and abusing God as an excuse to do nothing about the injustice going on in their neighbourhoods.
Click to expand...

I'd beware of finding simple answers to very complex issues?

Especially where human beings are involved?

What we are witnessing today is History. The stuff you read aboot in dusty textbooks. Big sweeping uncontrollable sagas. That long after the fact people will write aboot and come up with differwnt reasons for.

Humanity isn't homogenous. Which is both good and bad. There are countless factions and tribes each with different worldviews and values.

We have Muslims who do not behead. We have Muslims for whom rape is a necessary act. We have Transsexuals for whom Deadnaming isnt a thing. We have LGBTetc peeps for whom it isnt an identity but who they like to have sex with. We have governments who are genociding populations. We have good intentioned people calling for more totalitarianism. We even have some people who have been living for a few centuries as a kind of anarchy.

Most of our world believes in talking to dead people. That it is completely normal. Most of the world believes in sacred meaning more than a word. Reality is alive. There are spirit helpers. To believe that human beings are solely responsible is funny and backward and a Belief System.

I think it can b said that a reason why our little part of the world is going nuts is that the world that has been created for us, the prison of all we are are atoms rubbing and chemicals spurting, that reality is dead, that spirits and such are delusions...is coming apart. And we cannot live in a vacuum of meaning. With no actual culture.

Of course there could b spirits that could b engaged with this as well.

Tis better I think to try to be more autonomous ans find those who move you who share some goals and beliefs and thrive with them.

And whenever thinking aboot a group, know that you only ever know aboot SomeButNotAll of that group. This can help for a more enjoyable life.

Northwind said:
Oh FFS PG. Your name calling does nothing to strengthen your argument. It makes you look like the crazy one.
Click to expand...

I am and it is WONDERFUL :3

Then the next day you can change that to a Cringing Carbonbasedlifeform.

Ps with enuf repetition youll c these words for what they are: meaningless bits of text

BetteTheRed said:
But the decisions about prosecution are totally "on the ground". The bad behaviour is on the ground. This is not spiritual; this is systemic racism, very embarrassingly supported by some institutional religious groups.
Click to expand...

And that is part of your Belief System and in a sense your choice when looking at that reality, in that there are facts that you are choosing in some sense to be important and some not to be; that is how human beings work.

The "Systemic Racism"is part of a Belief System that is completely spiritless and is based on Power. Not everyone (including colored people) agrees with it for different and nuanced reasons.

There are even US colored people who have Confederate flags.