This is interesting. I don’t agree with it, unless it becomes apparent...but I don’t share their concerns presently. She’s not anti-medicine, she’s skeptical of big corporations, including pharma companies. Marianne hasn’t said a word about disability, nor has anybody else, and I don’t think her definition of healing excludes acknowledging illness exists and needs medicine, but she talks about overall wellness not only medicine. I think someone with her social consciousness would be able to (learn to if she doesn’t know already) recognize disabling and ableist factors in society like she understands racial injustice and other forms of bigotry...and that we are more than just our bodies. I don’t find her scary at all. She’s Glenda the good witch. And she seems open to learning and improving, and so I’m not worried because that’s a rare quality for someone in politics. I’m much more worried about Trump. 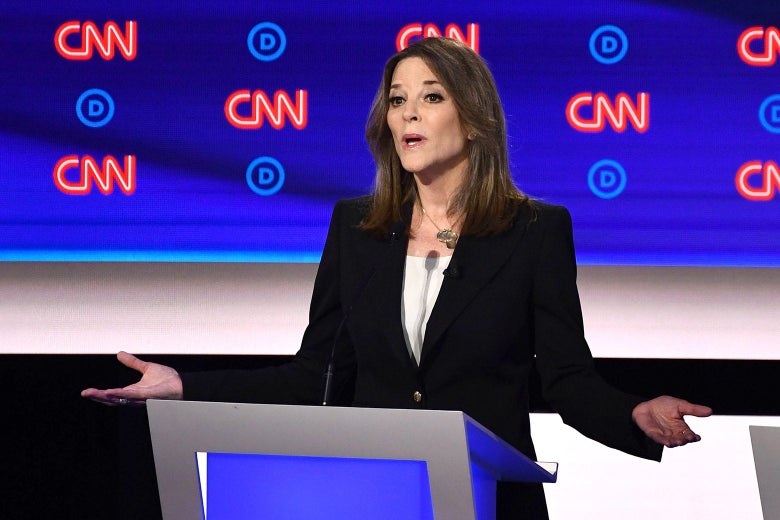 “She wants everyone to think themselves well.”

Waterfall said:
I suppose no one just believes the election was corrupted?
Click to expand...

I'm guessing that the Russians tried to influence the election just as the United States has tried to influence elections all over the world - including in Canada - many, many times in its history. (And when they haven't got their way by influencing a foreign election they've sometimes just sent the CIA in to murder whoever won - such as Allende in Chile in 1973. And, yes, I know that the current belief is that Allende committed suicide - which he wouldn't have done if the CIA hadn't promoted a coup against him.) But people still voted the way they voted and Trump won. No one (except Trump, ironically, who still smarts from losing the popular vote) claims that the actual vote totals were rigged.

Here's a fascinating article from the Globe and Mail about how the White House intervened in several ways in the lead-up to the 1963 Canadian election in an overt attempt to defeat John Diefenbaker's Conservative government and replace it with one led by Liberal Lester Pearson.

The article leaves out the fact that just a few weeks before the Canadian election the White House held a hastily organized reception for all living Nobel Prize winners - a group that included Lester Pearson, who had won the Nobel Peace Prize just a few years earlier, who attended and received all sorts of wonderful publicity and photo ops with Kennedy, who was very popular in Canada at the time.
Last edited: Aug 4, 2019

Waterfall said:
I suppose no one just believes the election was corrupted?
Click to expand...

In a ruling published late Tuesday, Judge John Koeltl of the US District Court for the Southern District of New York delivered a devastating blow to the US-led conspiracy against WikiLeaks founder Julian Assange.

In his ruling, Judge Koeltl, a Bill Clinton nominee and former assistant special prosecutor for the Watergate Special Prosecution Force, dismissed “with prejudice” a civil lawsuit filed in April 2018 by the Democratic National Committee (DNC) alleging WikiLeaks was civilly liable for conspiring with the Russian government to steal DNC emails and data and leak them to the public.

Jennifer Robinson, a leading lawyer for Assange, and other WikiLeaks attorneys welcomed the ruling as “an important win for free speech.”

The decision exposes the Democratic Party in a conspiracy of its own to attack free speech and cover up the crimes of US imperialism and the corrupt activities of the two parties of Wall Street. Judge Koeltl stated ...

The first of these articles was published just weeks after the New York Times hired James Bennet as its editorial page editor in March 2016. James Bennet’s brother, Michael Bennet, is a presidential candidate, a senator from Colorado and former chair of the DNC’s Democratic Senatorial Campaign Committee. In 2018, Bennet signed a letter to Vice President Mike Pence noting he was “extremely concerned” that Ecuador had not canceled asylum for Assange, who was then trapped in the Ecuadorian embassy in London.

“It is imperative,” the letter read, “that you raise US concerns with [Ecuadorian] President [Lenin] Moreno about Ecuador’s continued support for Mr. Assange at a time when WikiLeaks continues its efforts to undermine democratic processes globally.”

In April 2019, after the Trump administration announced charges against Assange, the New York Times editorial board, under James Bennet’s direction, wrote: “The administration has begun well by charging Mr. Assange with an indisputable crime.” Two weeks later, Michael Bennet announced his presidential run and has since enjoyed favorable coverage in the Times editorial page.

Additionally, the father of James and Michael Bennet, Douglas Bennet, headed the CIA-linked United States Agency for International Development in the late 1970s and early 1980s.

On Wednesday, the Times published a brief, six-paragraph article on page 25 under the headline, “DNC lawsuit against election is dismissed.” In its online edition, the Times prominently featured a link to its special page for the Mueller Report, which is based on the same DNC-instigated threadbare lies that Judge Koeltl kicked out of federal court.

In this most recent ruling Judge Koeltl stated ...

In Canada it doesn’t surprise me that our elections are heavily influenced by the US, and there’s probably not a damn thing we can do about it (isn’t it an open secret...a few years ago it was published that there was some high level meeting about what’s going on in Canada - Uncle Sam was just checking up on us...they’re like the CEO who calls in on skype to the staff meeting now and then just to remind people who’s boss.)...the US pretty much needs us to be aligned with them and vice versa. But they have the balance of power. They miscalculated this time...because we only have a choice between centre right (Trudeau) and further right (Scheer), so we will have to suffer through for awhile until we get a free (not tied to lobby groups or oligarchs or external pressure) candidate like Sanders or Warren up here. That is, if and when Trump is defeated. We’ve already moved further right because of him, because his fascism is starting to sound normal to a lot of people, unfortunately.
Last edited: Aug 4, 2019
L

Is political influence really all that great a mystery to the gods of power ... when the common people remain in the dark purposely ... as a scheme passed down from the powers as a cognate of conspiring creep? If does affect the unconscious ... so be aware!

The last phrase was done-in years ago by biblical attitudes towards knowledge!

Then some strangelove said teach my people ... possibly the ghosting of Erasmus!

Trump has a Republican challenger now. Republican Party loyalists now have an “out”. Should be interesting to see who takes it and who doesn’t. 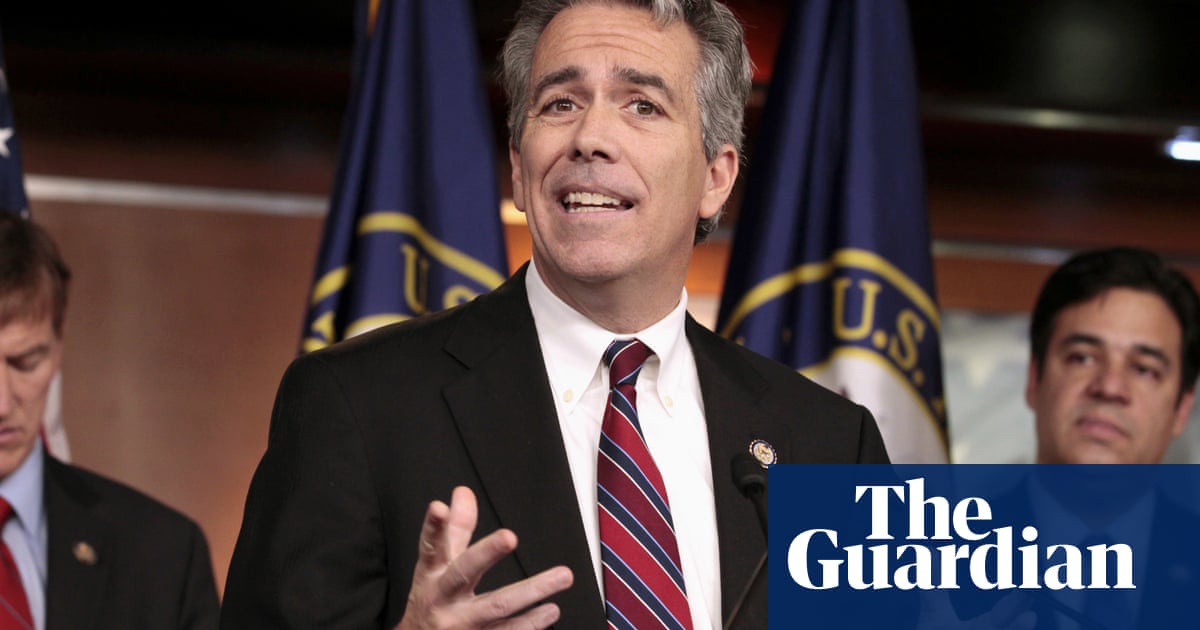 'We all know he's unfit': Joe Walsh to challenge Trump in Republican primary

Former Tea Party congressman: ‘I helped create Trump, and that’s not an easy thing to say'

LANA PAYNE: The Conservatives have a racism problem | The Chronicle Herald

No one should be surprised that Conservative Leader Andrew Scheer is playing footsie with racists and refusing to condemn acts of hate and threats of violence. His social media feed contains an endless litany of hate-coded messages,

I really can’t understand how supposedly sensible conservatives can even think of voting for this guy...no matter how dorky or ineffective people think Trudeau is, nothing is worse in a politician, than this.
L

Sin is widespread as avarice ... everyone wishes to control without adequate knowledge of the monster called freed passion. Moderate passions seems more rational ... but given huge advertising budgets ... it appears adverse to the mediocre attitude about quick riches in all domains.

That's how chi blows ... chez nous ... even though many deny NU's! They don't even question the initiation! Tis all a follow up to a shot in the dark as canon imposed for the practical lessons of passionate sects ... could stand a kohl dark drink of the abstract spirit to escape vital destruction!

God be with us .... yet reined in ... just to SET the Raes ... black & white beamers ... different as night and dais ... all could use a rest! The darkness is useful! The environment can do that when smoking mad ... but people in a spot don't believe in the surround ... creating ragged edges ... like that icon in Dark Knight Rising!

Tis a shadowy myth ... with bobbin birds and all ...searching in the mire! Tis all about sects and relaxation syndrome for a people who won't believe anything from out there! Science and virtual observation must spread through the facilitator of the story ... it works in hard domains ... like Molly Maguire ... insensibly wired when touched by gold of the other kind!

That's my story as tacky as can be ... if only for the sticking points like Charlotte's ... dark URLs in red straights? Red necks ... can be bloodied by the bells ... antebellum shacks? May peace and small bits remain ... don't toss out the seminole! Seminole is another explanation ... yet to come ...

Looks like Biden, Sanders, and Warren, were the top three in the debate yesterday...in that order. Sanders and Warren are still pretty tied. They’re the only 3 with double digit poll numbers. Biden is still about 10 points ahead of Warren and Sanders, which I find baffling.

And the burning of the Roman Tics reveals further corruption of mamman ... one of those destructive syndromes with jerk beefs ...

This is a critique about Kamala Harris’ medicare act. It’s a clip from Sam Seder’s (left wing) show. 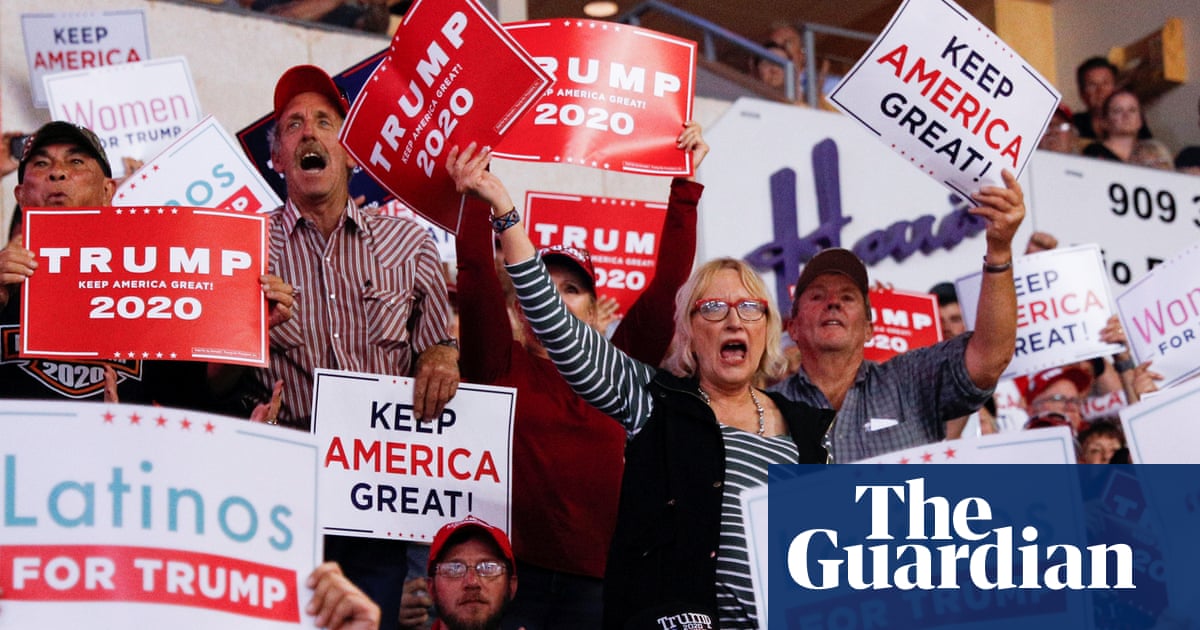 Then Sting has another hidden story to express ... that's Bees and life inside the nest! Always gain perspectives from the alternate ... it can be painful to learn about the IHC expanses ... it smokes ... like the pall of Rome ...

The debris of a conflicted religion ... pious wasteland? Go figure ... somewhere there has to be reason ...

New poll in Iowa shows a close race building in that state between Warren and Biden, while Sanders fades as his voters move to Warren. Only one state, but it is regarded as a key one come caucus season. 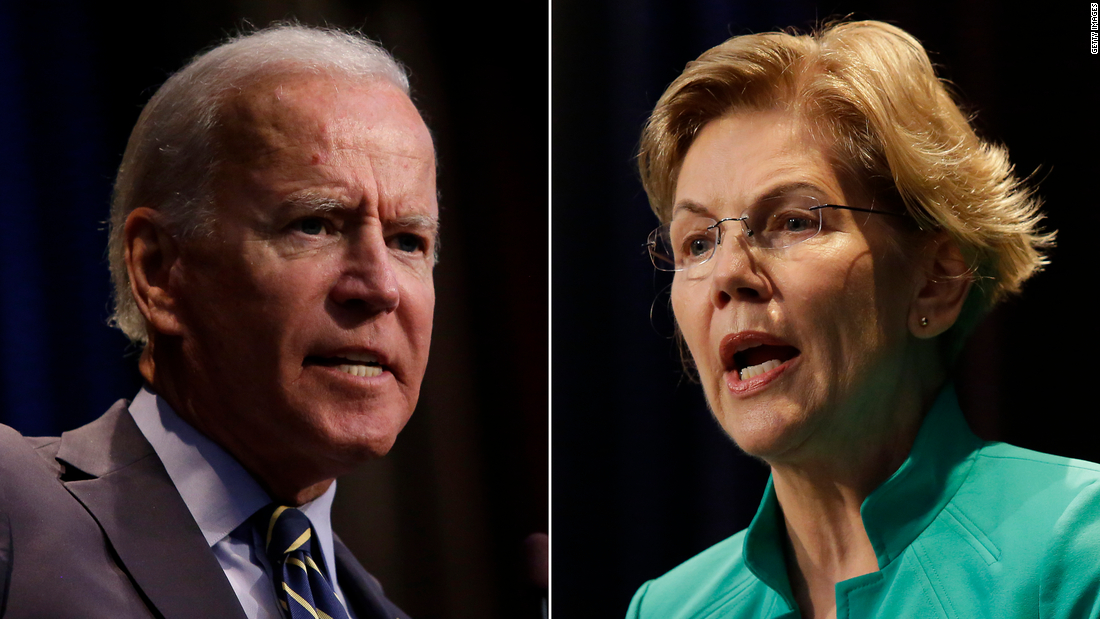 A surging Sen. Elizabeth Warren is challenging Joe Biden's dominance in the race for the Democratic nomination, standing at 22% to the former vice president's 20% in a new CNN/Des Moines Register/Mediacom poll of likely Iowa caucusgoers.

Campaigning from the transparent pulpit of transcendence ...


Yet we still search for a love to Dei fore ... passions just blow my mind ... psychically speaking! Then we ask .... what do we really know ... given that a great dark, mysterious power placed us in this spot as a icon of experience in not knowing. As unknown ideals we can't seem to get beyond that ...

As I kind of expected, the Democratic field is starting to slim down. Beto O'Rourke called it a day, Kamala Harris is downsizing her campaign and focussing on Iowa. I am pretty sure at least one other has dropped out but I forget who. Meanwhile, Biden and Warren battle for top spot with Sanders still hanging in. We are drawing near the start of primary season. Will be interesting to see who hangs in and who calls it a day once actual votes start rolling in.
You must log in or register to reply here.
Share:
Facebook Twitter Reddit Pinterest Tumblr WhatsApp Email Link
Top