Prophetic Words from the Sixties

The Ostrich
Song by Steppenwolf

The Times They Are A Changing​

Why do we never get an answer
When we're knocking at the door?
With a thousand million questions
About hate and death and war

Why do we never get an answer
When we're knocking at the door?
Because the truth is hard to swallow
That's what the wall of love is for

Then there are those absolutely opposed ... w/o reason!

Lyrics to Crucifixion by Phil Ochs from the Pleasures of the Harbor album - including song video, artist biography, translations and more! 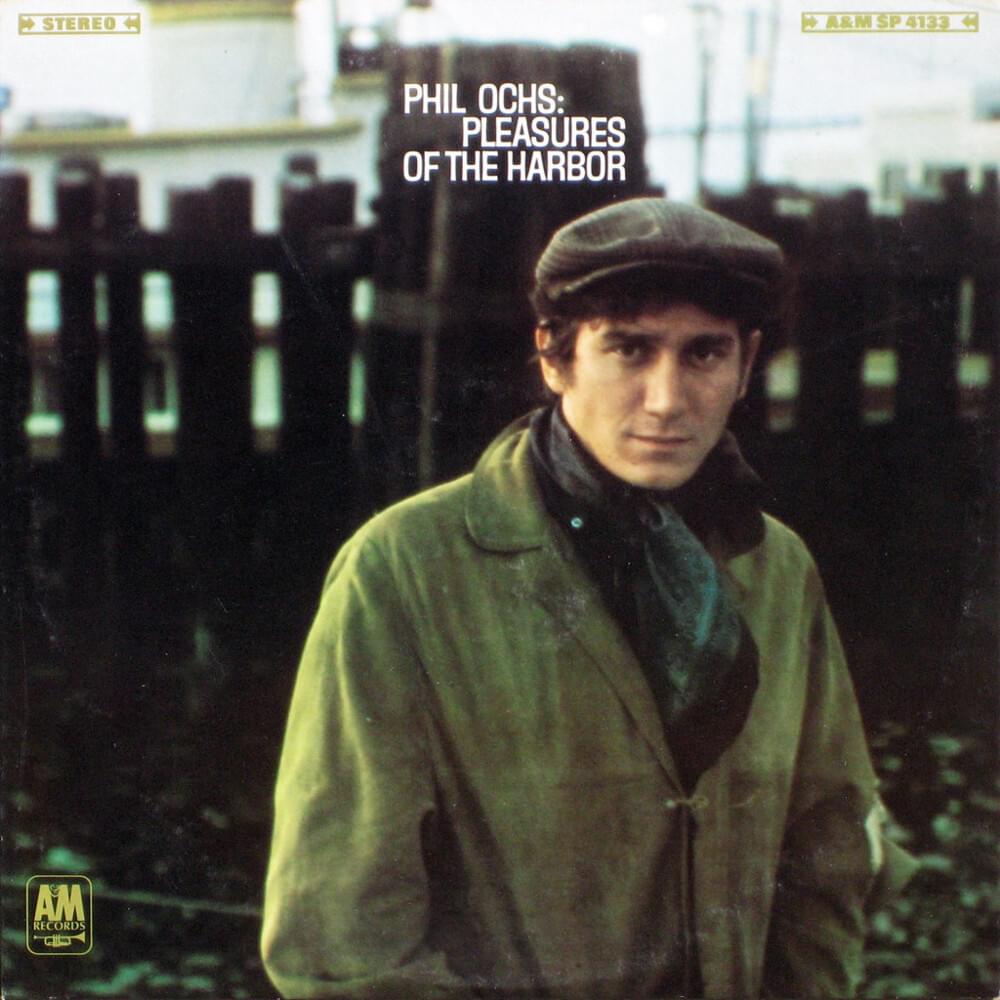 “It’s a song about Christ-killing, how all America and even, especially, New York loves to create heroes to moralize to them and then kill them violently, bloodily and dig the

Then his message gathers meaning, and it spreads across the land
The rewarding of his fame is the following of the man
But ignorance is everywhere, and people have their way
Success is an enemy to the losers of the day
In the shadows of the churches, who knows what they pray?
For blood is the language of the band...
...


The Sound Of Silence​

Hello darkness, my old friend
I’ve come to talk with you again
Because a vision softly creeping
Left its seeds while I was sleeping
And the vision that was planted in my brain
Still remains
Within the sound of silence
In restless dreams I walked alone
Narrow streets of cobblestone
‘Neath the halo of a streetlamp
I turned my collar to the cold and damp
When my eyes were stabbed by the flash of a neon light
That split the night
And touched the sound of silence
And in the naked light I saw
Ten thousand people, maybe more
People talking without speaking
People hearing without listening
People writing songs that voices never share
No one dare
Disturb the sound of silence
“Fools” said I, “You do not know
Silence like a cancer grow
Hear my words that I might teach you
Take my arms that I might reach you”
But my words like silent raindrops fell
And echoed in the wells of silence
And the people bowed and prayed
To the neon god they made
And the sign flashed out its warning
In the words that it was forming
And the sign said “The words of the prophets
Are written on subway walls
And tenement halls
And whispered in the sounds of silence”
© 1964 Words and Music by Paul Simon

Can't quote all the words and not sure if it is a 60's or 70's song but I offer 'They paved paradise to put up a parking lot.' Also 'Little boxes'.

KayTheCurler said:
Can't quote all the words and not sure if it is a 60's or 70's song but I offer 'They paved paradise to put up a parking lot.' Also 'Little boxes'.
Click to expand...

Big Yellow Taxi by Joni Mitchell. It's seventies but American Idiot is 90s so I don't think decade matters much anymore.

Well, the first thing I want to say is: Mandate my ass!

What has happened is that in the last 20 years, America has changed from a producer to a consumer. And all consumers know that when the producer names the tune, the consumer has got to dance. That's the way it is. We used to be a producer - very inflexible at that, and now we are consumers and, finding it difficult to understand. Natural resources and minerals will change your world. The Arabs used to be in the 3rd World. They have bought the 2nd World and put a firm down payment on the 1st one. Controlling your resources we'll control your world. This country has been surprised by the way the world looks now. They don't know if they want to be Matt Dillon or Bob Dylan. They don't know if they want to be diplomats or continue the same policy - of nuclear nightmare diplomacy. John Foster Dulles ain't nothing but the name of an airport now.

The idea concerns the fact that this country wants nostalgia. They want to go back as far as they can - even if it's only as far as last week. Not to face now or tomorrow, but to face backwards. And yesterday was the day of our cinema heroes riding to the rescue at the last possible moment. The day of the man in the white hat or the man on the white horse - or the man who always came to save America at the last moment - someone always came to save America at the last moment - especially in "B" movies. And when America found itself having a hard time facing the future, they looked for people like John Wayne. But since John Wayne was no longer available, they settled for Ronald Reagan and it has placed us in a situation that we can only look at -like a "B" movie.

Come with us back to those inglorious days when heroes weren't zeros. Before fair was square. When the cavalry came straight away and all-American men were like Hemingway to the days of the wondrous "B" movie. The producer underwritten by all the millionaires necessary will be Casper "The Defensive" Weinberger - no more animated choice is available. The director will be Attila the Haig, running around frantically declaring himself in control and in charge. The ultimate realization of the inmates taking over at the asylum. The screenplay will be adapted from the book called "Voodoo Economics" by George "Papa Doc" Bush. Music by the "Village People" the very military "Macho Man."

A theme song for saber-rallying and selling wars door-to-door. Remember, we're looking for the closest thing we can find to John Wayne. Clichés abound like kangaroos - courtesy of some spaced out Marlin Perkins, a Reagan contemporary. Clichés like, "itchy trigger finger" and "tall in the saddle" and "riding off or on into the sunset." Clichés like, "Get off of my planet by sundown!" More so than clichés like, "he died with his boots on." Marine tough the man is. Bogart tough the man is. Cagney tough the man is. Hollywood tough the man is. Cheap steak tough. And Bonzo's substantial. The ultimate in synthetic selling: A Madison Avenue masterpiece - a miracle - a cotton-candy politicianPresto! Macho!

Put your orders in America. And quick as Kodak your leaders duplicate with the accent being on the dupes - cause all of a sudden we have fallen prey to selective amnesia - remembering what we want to remember and forgetting what we choose to forget. All of a sudden, the man who called for a blood bath on our college campuses is supposed to be Dudley "God-damn" Do-Right?

"You go give them liberals hell Ronnie." That was the mandate to the new Captain Bligh on the new ship of fools. It was doubtlessly based on his chameleon performance of the past: as a Liberal Democrat. As the head of the Studio Actor's Guild, when other celluloid saviors were cringing in terror from McCarthy, Ron stood tall. It goes all the way back from Hollywood to hillbilly. From Liberal to libelous, from "Bonzo" to Birch idol, born again. Civil rights, women's rights, gay rights: it's all wrong. Call in the cavalry to disrupt this perception of freedom gone wild. God damn it, first one wants freedom, then the whole damn world wants freedom.

Nostalgia, that's what we want: the good ol' days, when we gave'em hell. When the buck stopped somewhere and you could still buy something with it. To a time when movies were in black and white, and so was everything else. Even if we go back to the campaign trail, before six-gun Ron shot off his face and developed hoof-in-mouth. Before the free press went down before full-court press, and were reluctant to review the menu because they knew the only thing available was...Crow.

Lon Chaney, our man of a thousand faces: no match for Ron. Doug Henning does the make-up; special effects from Grecian Formula 16 and Crazy Glue; transportation furnished by the David Rockefeller of Remote Control Company. Their slogan is, "Why wait for 1984? You can panic now...and avoid the rush."

So much for the good news.

As Wall Street goes, so goes the nation. And here's a look at the closing numbers: racism's up, human rights are down, peace is shaky, war items are hot. The House claims all ties. Jobs are down, money is scarce, and common sense is at an all-time low on heavy trading. Movies were looking better than ever, and now no one is looking, because we're starring in a "B" movie. And we would rather had...John Wayne. We would rather had...John Wayne.

"You don't need to be in no hurry.
You ain't never really got to worry.
And you don't need to check on how you feel.
Just keep repeating that none of this is real.
And if you're sensing, that something's wrong,
Well just remember, that it won't be too long
Before the director cuts the scene. yea."

Can you remember the times
That you have held your head high
And told all your friends of your Indian claim?
Proud good lady and proud good man
Some great great grandfather from Indian blood came
And you feel in your heart for these ones
Oh, it's written in books and in song
That we've been mistreated and wronged
Well over and over I hear those same words
From you good lady and you good man
Well listen to me if you care where we stand
And you feel you're a part of these ones
When a war between nations is lost
The loser we know pays the cost
But even when Germany fell to your hands
Consider dear lady, consider dear man
You left them their pride and you left them their land
And what have you done to these ones
Has a change come about my dear man
Or are you still taking our lands?
A treaty forever your senators sign
They do dear lady, they do dear man
And the treaties are broken again and again
And what will you do for these ones
Oh, it's all in the past you can say
But it's still going on here today
The governments now want the Navaho land
That of the Inuit and the Cheyenne
It's here and it's now you can help us dear man
Now that the buffalo's gone

Abraham, Martin and John by Dion: