One of the greats of the film industry's first century has passed on at the age of 103. More later once I run through my brain to recall which of his movies I have seen. Spartacus for sure. 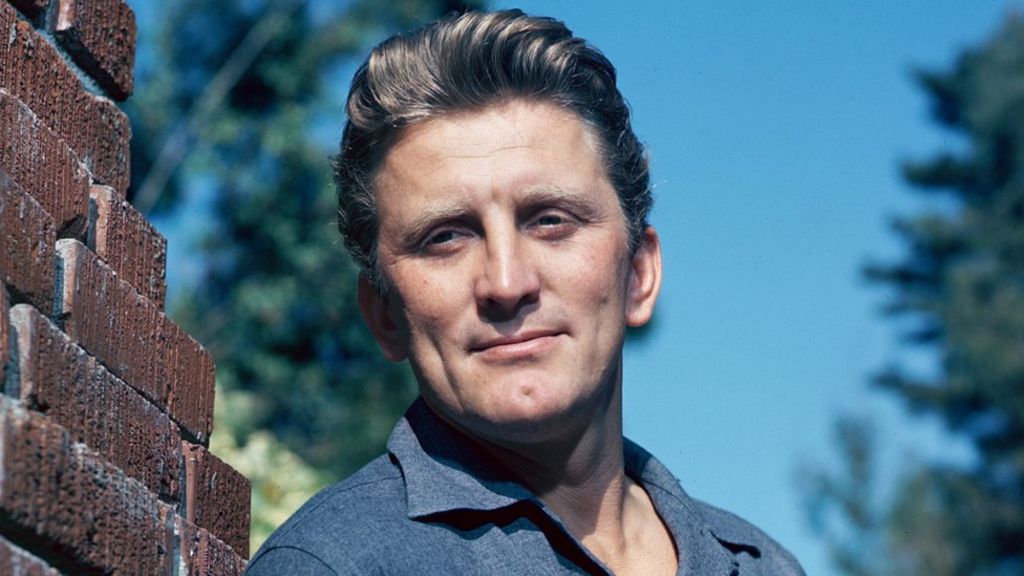 The Spartacus actor, one of the great stars of Hollywood's Golden Age, has died aged 103.
www.bbc.co.uk

So I very quickly got reminded of the first Kirk Douglas movie I ever saw. In 1954 Disney did a wonderful live action version of Jules Verne's classic 20,000 Leagues Under the Sea. It featured, as well as Douglas, James Mason, Paul Lukas, and Peter Lorre. Douglas played Ned Land, a harpooner who is brought along when Lukas and Lorre join a naval expedition searching for a mysterious "monster" that has been attacking ships. They instead discover an equally mysterious submarine vessel designed and commanded by Mason as "Captain Nemo" (keep in mind that the movie, like Verne's novel, is set in the late 19th century before the advent of modern submarines). Douglas is great as Land, playing him as a boisterous, fun-loving sailor. He even grabs a squeeze box and sings in one scene. It may not be the role for which most of the world remembers Douglas, but for s-f fans like me, it's definitely a winner.

Trivia note: I'm not sure if it comes out in the movie, but in the novel, Ned Land is specifically identified as being Canadian.

103 is amazing! I guess Spartacus is the movie I most remember. But that huge cleft in his chin - unmistakable! I think he was also quite active during the McCarthy years, opposing the blacklisting of 'communist' people in the film industry in the US.

Carolla said:
103 is amazing! I guess Spartacus is the movie I most remember. But that huge cleft in his chin - unmistakable! I think he was also quite active during the McCarthy years, opposing the blacklisting of 'communist' people in the film industry in the US.
Click to expand...

Specifically he credited Dalton Trumbo on Spartacus, on which Douglas was an executive producer, when Trumbo was still blacklisted.

My favourite Kirk Douglas movie is the little-known Australian movie "The Man from Snowy River" (1982).
(Little-known here in Canada, anyway.)

It's cheesy and predictable, but the Australian landscape is a nice change of pace, and the horse riding stunts were superb.

It was Kirk Douglas, and a whole bunch of unknown Australian actors.

He played a duo role of twin brothers, and he was doing all kinds of horse stunts as well. He was 66 when he made that movie, and he jumped onto a horse twice in the movie. (not from the ground, mind you, but jumping into a saddled horse from a porch is pretty impressive at 66)

I am aware of that one but have not seen it. Douglas always struck me as a fairly sturdy sort so I am not surprised he was still doing his own stunts at 66. Amazed, but not surprised.
You must log in or register to reply here.
Share:
Facebook Twitter Reddit Pinterest Tumblr WhatsApp Email Link
Top