Greta Thunberg is Time's "Person of the Year"

One suspects that there wasn't much more debate about this than there was about naming Bianca Andreescu as Canadian Athlete of the Year (which was, BTW, unanimous). Greta Thunberg's passion for her cause and blunt approach to addressing the world has made her either a hero or villain to millions. Her name has rarely been out of the news the past few months as she travels around speaking truth to power about climate change. If anyone deserves the title of "person of the year" for 2019, it's her. 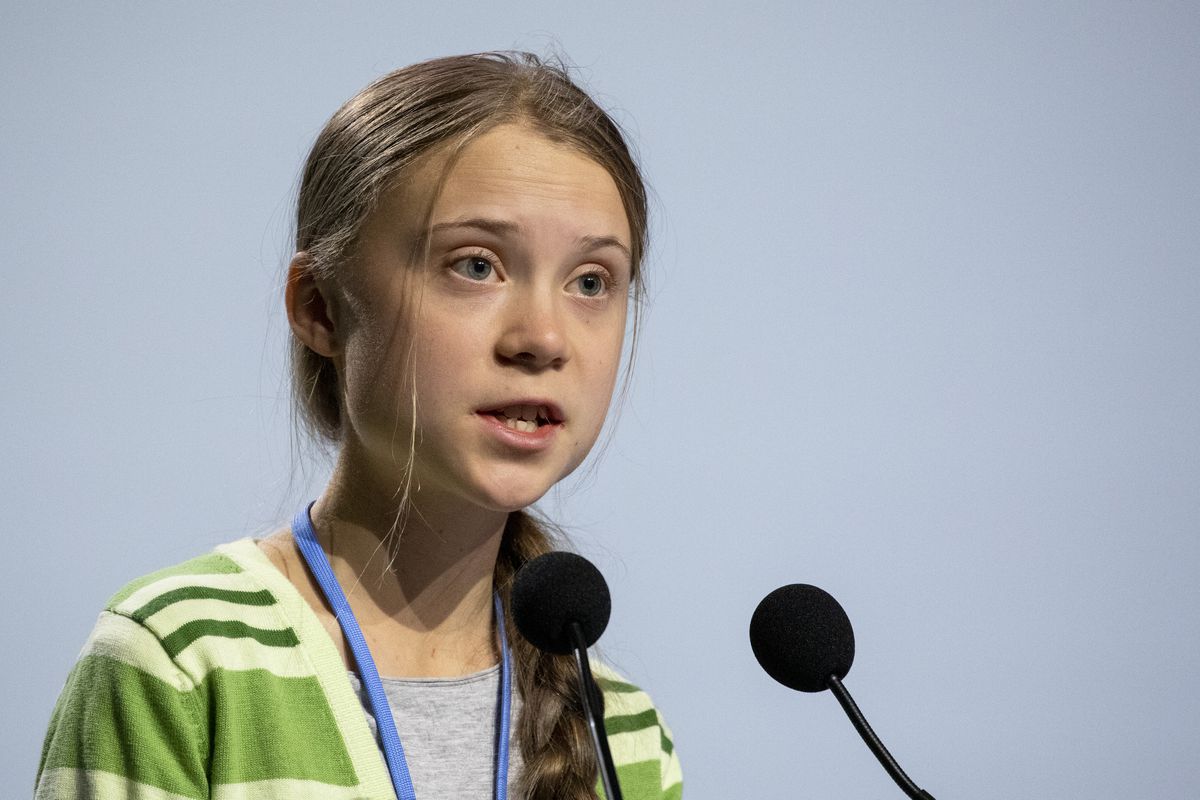 The sixteen-year-old was lauded by Time for starting an environmental campaign in August, 2018, that became a global movement

And as that was being announced, Greta herself was addressing the UN climate change summit in Madrid in her usual blunt fashion. 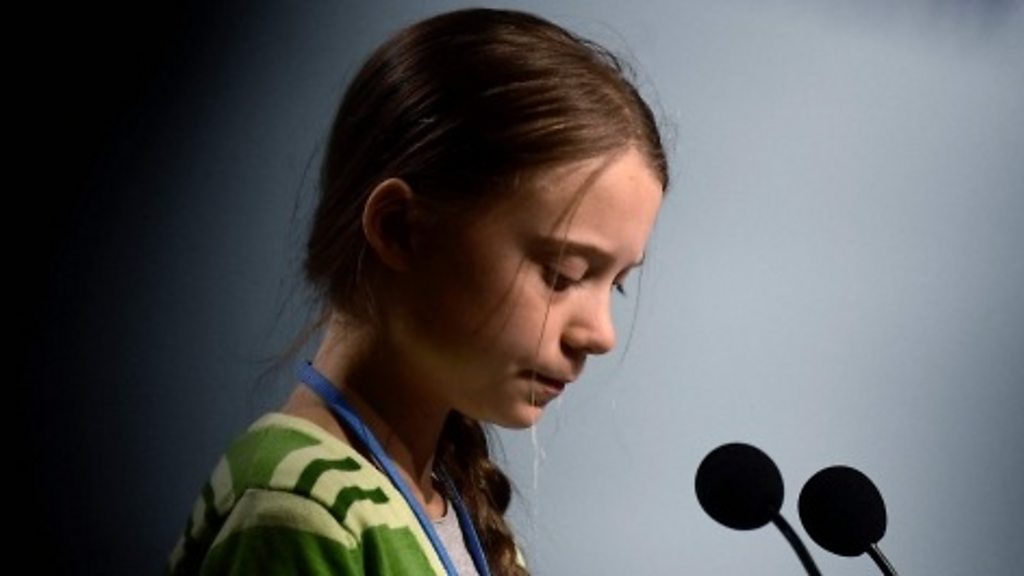 Greta Thunberg is youngest Time Person of the Year

The 16-year-old Swedish schoolgirl has inspired a global movement to fight climate change.

There is a vast sea of humanity that cannot grasp such cognates ... the individualized sylphs interfere ... causing Shadows to dance in the Black Forest!

I find the Times title picture looks really stupid- there have been tons of better pics around, expressing her character much better.

Mrs.Anteater said:
I find the Times title picture looks really stupid- there have been tons of better pics around, expressing her character much better.
Click to expand...

I like it. She looks strong and resolute, and less like the pigtailed Pippy Longstocking character that she's sort of been portrayed as. She looks like a young person who wants to be taken seriously. Not that she hasn't always been that, but there are people who have cast her as just an angry little kid, and this is a change of image.
Last edited: Dec 12, 2019

Greta shot back at him again. She's great. She's one gutsy girl! 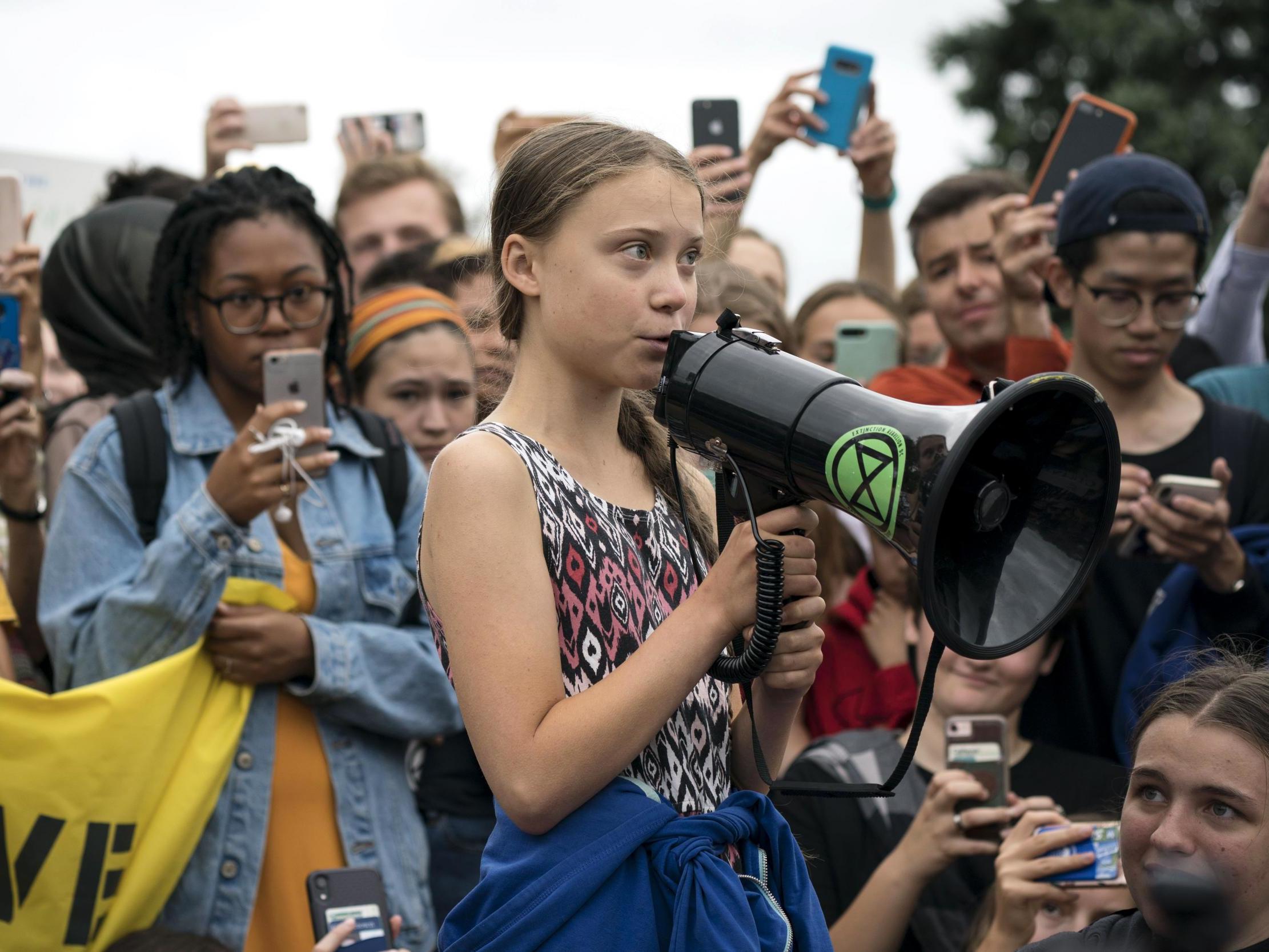 'So ridiculous. Greta must work on her Anger Management problem, then go to a good old fashioned movie with a friend', president writes on Twitter.

Trump: So ridiculous. Greta needs to work on her Anger Management problem and go to a good old fashioned movie with a friend. Chill Greta. Chill!

She gives as well as she gets. That's what's needed in dealing with a Trump. Good on her.

This pic has a lot more expression- why? Because she looks at YOU, not into something in space like Winnetou.

And addressing people directly is what she does.

She is the most amazing person of her age (and perhaps of any age) we have seen.
And who else to we have who can match her impact? Pierre Trudeau? Donald Trump? Doug Ford? Get real.
L

Graeme Decarie said:
She is the most amazing person of her age (and perhaps of any age) we have seen.
And who else to we have who can match her impact? Pierre Trudeau? Donald Trump? Doug Ford? Get real.
Click to expand...

There is no reality in this stacked projection that we live in as a pile ... we say love the neighbour and then put them down!

Cause for fishing ... from the piers of Jersey?

Interesting...With Asperger's, she would probably have worked on looking AT people, instead of away from them.
L

Looking through people is a transparent exercise ... the subject can't see they're being watched by a vast underlying power demo'Z?

Thus they don't know how they look from out there without transposition! It is a moving experience of the other tensor ... alas stick?

Prepare for the snap ... crackle and pop (busted)! Can bring am'n to knees ... may require considerable balance ... con side a ration?

Nancy said:
Interesting...With Asperger's, she would probably have worked on looking AT people, instead of away from them.
Click to expand...

I am sure it was Time‘s choice how to do the set up.
And I know quite a few people on the spectrum who don’t have the issue with looking at people.

I think it's compositional thing. She's looking off to the future. Agreed it's not really the best pic I have seen of her but I think I get what the photographer was shooting for.

Greta is the outstanding person of note who stands out against the reality that we are destroying our planet and all life on it - soon. Yes. It's real.
Yes, it could be unstoppable very soon. But I note that the only prominent Christian clergyman who has publicly spoken to her and agreed with her is the pope.

Where are our Protestant leaders. Doesn't "Thou shalt not kill" mean anything to them? They, incidentally, were also silent when the British Empire was murdering over 400 million people all over the world. And they were silent when we, illegally, invaded and murdered in Afghanistan.

In fact, Evangelicals have been the crackpot followers who put Trump into power.

Are our churches even aware of the real world. Or do they think it's best just to keep their flocks ignorant? Do the accept the destruction of this planet to somehow be a part of 'God's great plan?

I can't help remembering that the Christian churches of Germany stood behind Hitler in his murder of Jews, Gypsies, and many others.
L