Sooooo, now Paul is not facing losing her membership and leadership? This story is getting more confusing all the time. 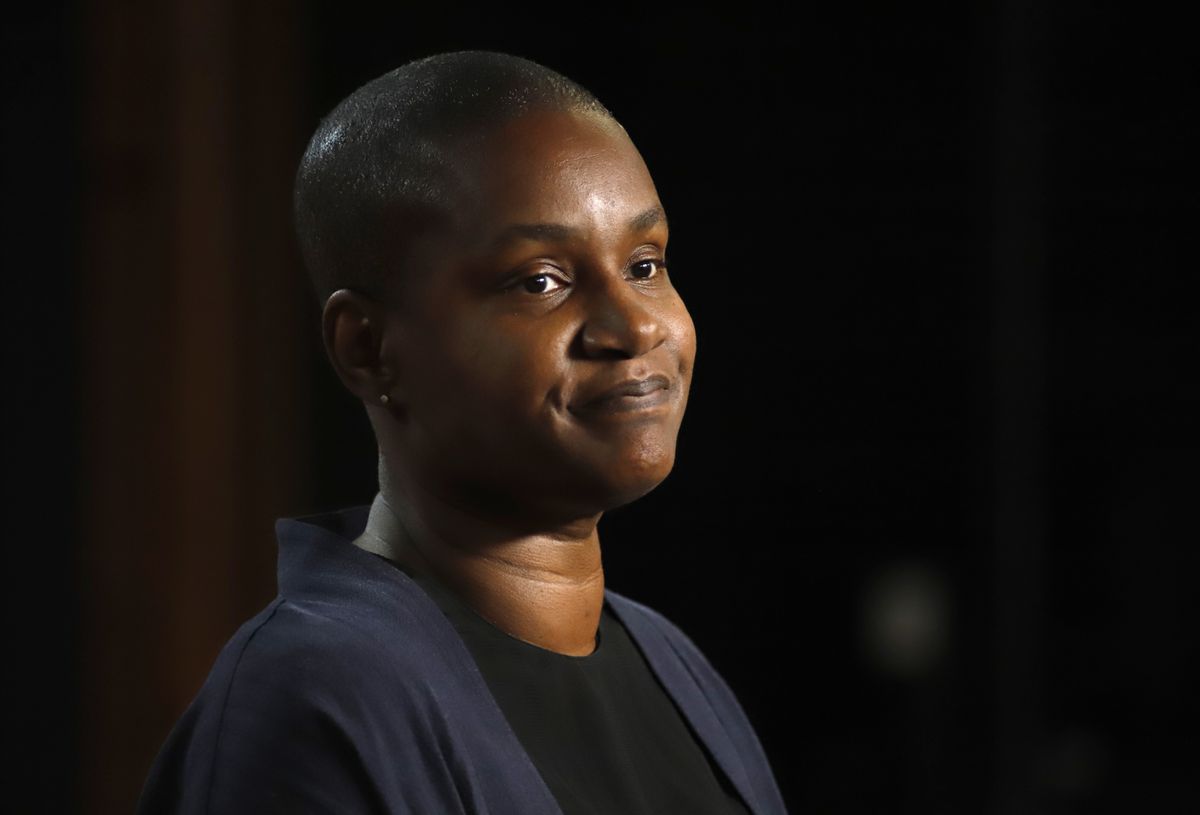 In case the Globe's bleeping paywall gets in the way (this is not marked as subscriber only content), it basically says that Green Party sources both the motion to trigger a leadership review and the motion to strip Annamie Paul of her membership have been "shelved indefinitely".

No more strange than the whole mess was in the first place and still not very confidence-inspiring. Is this a response to negative feedback like we have seen in here? A realization that having this out in a possible election year is a bad idea? Someone high up actually having a change of heart? Not sure this story is really over so much as put on simmer on a backburner.

And it is now confirmed that the non-confidence vote is off and will likely not be taken up again until the party's next general meeting. The election will likely happen before that given the current political climate so Paul will be under a lot of pressure to perform. My gut feeling is that to avoid a non-confidence vote, she will need to maintain or increase their seats in the House, ditto their popular vote, and win her own seat (she runs in Toronto Centre), something that has so far eluded her. To be fair, Toronto Centre is a fairly strong Liberal riding, having been held until recently by former Finance Minister Bill Morneau.

I contribute to the Green Party, both federally and provincially. To make my point perfectly clear (that this was a totally screwed up public move), I plan to deliberately move my total contribution to the provincial party. I have absolutely no time for this level of stupidity.

I am wondering how much of this is personality clashes versus simple racism.

I don’t think Canadians are ready to vote for leaders from minority groups that “ look too different”. I think racism is still too widespread in the generation that is the majority of regular voters. Add to that that there is no proportional representation which explains why the Greens as well as the NDP just won’t make into Federal government. Maybe once the younger generation makes the majority of voters this will change.
L

Different in some powerful visions is evil ... consider different thoughts about equality and equilibrium and how that can be destabilized as a thought!

Now if we can only get people to support one god out of all god's parts ... that essence appears to be all broken up ...

Don't winning powers realize that a bulk of losers are contrary? Tis an enigma that once up ... the power cannot see down ...

Mrs.Anteater said:
I don’t think Canadians are ready to vote for leaders from minority groups that “ look too different”. I think racism is still too widespread in the generation that is the majority of regular voters.
Click to expand...

Which is exactly the kind of entrenched "systemic" racism that we need to dismantle. We need fewer white males in power, put simply. And electing Justin Trudeau with his ongoing stream of platitudes is NOT a solution. We need actual minority voices in positions of power because even progressive white males often really don't get the problems. They have not lived them and won't lose their privilege because of it. Trudeau may be better than O'Toole, but Paul or Singh would be even better. The Greens have a golden opportunity to set themselves up as a party that rejects white privilege and empowers minorities and they are blowing it right and left from what I can see. Regardless of the actual conscious motivations, the white privilege of the majority is a factor in this whole thing.

Mendalla said:
Which is exactly the kind of entrenched "systemic" racism that we need to dismantle
Click to expand...

And how is this going to happen? By putting up candidates that don’t have a chance to be accepted by the majority that would be needed to actually win? Wouldn’t it be smarter to have a grey haired white guy on top who then puts together his cabinet full of “ diversities”? Also he then could introduce proportional representation and make sure they keep on participating in government.

You've got a point there, Mrs. A. Canada hasn't even really managed to cultivate a culture in which we can elect a white female leader (Kim Campbell doesn't quite count, as she wasn't elected, and wasn't re-elected). Germany and the U.K. probably did better with stern sensible middle-aged women with commanding personalities. Was it smart to decide that a younger, BIPoC person should lead the party, especially when the leadership was more "conventional" (there are some quite conservative elements to green platforms)? Maybe. I voted for her. I dunno what to do next about this. Without proportional representation, new parties will never get a foothold, and we'll be stuck, like the U.S. (and often the U.K.) in an eternal game of Tweedledum or Tweedledee.

Mrs.Anteater said:
And how is this going to happen? By putting up candidates that don’t have a chance to be accepted by the majority that would be needed to actually win? Wouldn’t it be smarter to have a grey haired white guy on top who then puts together his cabinet full of “ diversities”? Also he then could introduce proportional representation and make sure they keep on participating in government.
Click to expand...

Because grey-haired (or brown-haired, or whatever) white guys won't do it. At least not the ones who are power-brokers in big parties. Once they get in power and realize that they will likely lose that power once proportional exists, they back off electoral reform and make diversity a showy numbers game rather than a reality. Which is exactly what Trudeau did when he backed away from electoral reform.

The fundamental problem here is that to get proportional, we first have to break the Liberal-Conservative duopoly and probably the white male monopoly. Those parties and people are invested in first past the post because it keeps them in power and limits parties that might make real reforms like the Greens and NDP to influencing minority governments on occasion.

And, to be honest, I would happily put money down that the first promise to go bye-bye (or gets shunted off to a national commission that conveniently doesn't report until after the next election) if the NDP gets elected is electoral reform.

You gotta be f***ing kidding.


https://www.cbc.ca/1.6111847?__twitter_impression=true
So apparently the ceasefire was the result of some kind of arbitration process and the party is now challenging that process in court.

I am not quite getting it- it must have been the leadership who had suggested her as the candidate in the first place? So what solution really is there, how many people have to leave on the one side vs Paul leaving. Apparently, they can’t all be members of the same party, so one or more have to go.

Mrs.Anteater said:
I am not quite getting it- it must have been the leadership who had suggested her as the candidate in the first place?
Click to expand...

Actually, I forget which candidate had their council's backing. Might not have been her. They had a fairly large field and the leader is chosen in a ranked ballot, IIRC.

I'm not sure why a party, trying to become mainstream, is so bound, bent and determined to shoot itself in the foot. Wucking idiots. So sick of them.

This one is interesting to me, and you may have already discussed it, but, it sounds like they truly tried to take away her ability to be successful by slashing her staff.
The questions would be, who hired the staff, set the rates, etc, and if the arguments are about the original hiring, or, if this is just part of the "if you don't play by our rules, we can make you pay"

Power does seem to be disruptive .... some old guy even said it is corrupting!

And this passes too ... just like the buck in supporting corruption! --- from the lady watching from the shady dark pool ...

And the gong show continues. They misgendered their own interim leader at a party event. The president has resigned. Allegations flying right and left, including against the once-respected former leader Elizabeth May. Canada really needs a party like this but it looks like we are going to lose them, at least at the federal level. Some of the provincial parties are faring well and probably need to cut themselves off from this nonsense and keep on keeping on.

Party-ism is just too much but we just can't get it together! Could be divine in the house as divided ...

I hope provincial Green Parties are able to quickly distance themselves from the federal party.
L

jimkenney12 said:
I hope provincial Green Parties are able to quickly distance themselves from the federal party.
Click to expand...

Some would define that as provincial and out there ...
L