While I am not really big into pro sports, I was a hockey fan for a time as a kid. And one of the players who inevitably got attention in that era was the flamboyant, fun Eddie Shack. His reputation as a funnyman and entertainer belied his strength as a player and he scored the winner when the Leafs won the Stanley Cup in 1963 (he played in 4 Leafs Stanley Cup victories, including the last one in 1967). He was also a tough guy, in an era before mandatory helmets and tighter rules, and picked up penalty minutes as well as points. Besides the Leafs, he played for the Rangers, Bruins, Kings, Sabres, and Penguins, but returned to Toronto for his last two seasons, retiring from hockey in 1975. After hockey, he traded on his fame, appearing in commercials and TV shows.

He passed away yesterday at the age of 83. 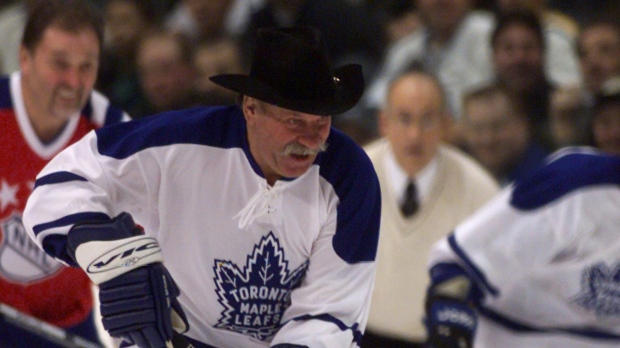