I've been tuning in the past couple of days to watch some BlueJays games. Getting to know the player names again. The schedule is pretty dense with games almost every day. Strange without the real fans present. I'm finding the piped in crowd noise to be an interesting feature. Who would ever have thought there'd be a job for someone to do that? I'm not sure - do the players hear it too or is it just on broadcast? Anybody else watching?

I think it's exciting a little closer to the playoffs. I can't remember last years players either.

I have not watched a ball game since the Jays pennant and World Series runs in the nineties. And even then, I generally just tuned in for the last few innings. I find the sport mostly quite dull. A close game in the eighth or ninth (or extra) innings can be exciting sometimes, but I don't feel like sitting through the preceding 2-3 hours to find out.

I am but I’m torn whether I should or not. I don’t agree with the fact that they are playing but at the same time we missed it and enjoy that is it back.

I am angry that vert little precaution seems to be taken, over a dozen players on the Marlins have testes positive but the team might be playing Wednesday!

I'm watching, yes. The crowd noise is interesting for sure, and the cardboard cutouts in some parks.
I note that after only about 45 years, the National League has adopted the designated hitter. I hate that concept, by the way.

I'm a relative newbie to watching baseball - like others I've often tuned in in the past just for playoffs, but I found I watched a bit more last year - maybe so I could chat with my Dad about it, since it's one of his interests. I have a lot to learn - like that 'designated hitter' thing Redbarron - what's up with that?

@Greywolf336 - I only saw a scrolling news item about the Marlins positive COVID results & that games tonight were cancelled. I agree - seems like a bad move to play on Wed. I imagine we'll see more of the 'little blips' affecting the schedule - which should be interesting because the schedule is so packed.

Re the crowd noise - google tells me that it's actually piped into the stadium during the game on the loudspeakers ... must be strange! I wonder who gets to actually control all that? Do they also pipe in scents of popcorn, peanuts, beer? LOL

The DH rule is where the pitcher is replaced in the batting order by another hitter. The American League adopted it in the early 70's. Pitchers, with a few exceptions, are notoriously poor batters, fro several reasons. No more will we see such thrilling moments like Bartholo Colon (who spent much of his long career in the AL, and whose batting average in the NL was something like .089) hitting his first career home run, about 3 weeks before his 43rd birthday.

Sounds weird. Almost worth watching once just to see the cardboard cutouts and hear artificial crowd noise. I’m not a big fan. I used to enjoy going to local (whatever the next level down from major leagues is) every once in a blue moon...mostly for the sights, sounds and smells. It’s a summer nostalgia thing for me - has very little to do with the sport itself. Without that, I can’t see myself getting right into it.
L

The popcorn and beer is good ...

He was offered activity in the major leagues 3 times as a teenager but my grandfather quashed that! Dad said it was for the best given what was the compensation at the time ...

Funny thing he was honoured for pitching and homeruns! I did see him hit balls way over the scoreboard ...

Luce NDs said:
The popcorn and beer is good ...

He was offered activity in the major leagues 3 times as a teenager but my grandfather quashed that! Dad said it was for the best given what was the compensation at the time ...

Funny thing he was honoured for pitching and homeruns! I did see him hit balls way over the scoreboard ...
Click to expand...

That’s a good memory of your dad!
L

Kimmio Laughterlove said:
That’s a good memory of your dad!
Click to expand...

I never really had much connection with him until into adolescent years ... he was gone! Then my mother was under the eye of a psychiatrist for anger management syndrome ... or whatever they called it in the 50's and 60's!

Labels altar for such irregularities that are seeming more and more common ... my opinion due to the stresses imposed on little people by gross brutes!

There are some that do not believe ankh exists ... tis a hoax or other diversion from their accruing tilts, defined leanings?

A baseball season, traveling the country, team by team, in the middle of a 'pandemic'?

If you signed up for baseball in the summer of 2020, for an escape from reality, you signed up for a baseball team — fathers, husbands, sons, brothers and friends — holed up in hotel rooms, 1,200 miles from home, while people wearing masks, gloves and grim expressions knocked on their doors.

We do pandemics, it turns out, how we’ve come to do everything else:

What’s best for me?

"The answer was baseball games on TV"


Carolla said:
I imagine we'll see more of the 'little blips' affecting the schedule - which should be interesting because the schedule is so packed.
Click to expand...

"But, then, we also decided a month ago we had the stomach for baseball in a pandemic, that we could live with other people in that arena, that what we really needed was a distraction from the real world. Meanwhile, they’re spitting in test tubes in hotel rooms in Philadelphia and waiting for their cell phones to ding with the news that they’re sick or not."

The Marlins' COVID-19 outbreak is really bad, and exactly what MLB signed up for

The COVID-19 outbreak sidelining the Marlins and creating chaos in baseball is exactly what MLB and the country as a whole signed up for.

Yes, quite unlike NBA or NHL or MLS, I don't think the collective geniuses at Major League Baseball thought this one through to any great extent.
L

Redbaron said:
Yes, quite unlike NBA or NHL or MLS, I don't think the collective geniuses at Major League Baseball thought this one through to any great extent.
Click to expand...

Is the thinking-knowledge curve all that popular in a world where doing as you please without consequence is the goal?

Once thinking-intellect spirit is denied ... does is shrivel like a raisin in hades? Unproductive vine ... ever see an exposed brain w/o the dura/arachnid/pia membranes? It is quite frail as that scene from Hannibal ... melon ballers? Hannibal extracted small balls of thought from the victim ... an anti psychology psychiatrist? GOOGLE that term! Yes! there is such a term ...

One must form up the triad in abstract space ... beginning-mean-end with continuance projected as a hallucinogen ... a gem of a multifaceted psyche ... that's hard to cut?

My BS is attached to the extensive curiosity!

Those that disagree feel it to be fecund crap ... it might fly or be ephemeral ... and the it hitz as hertz! 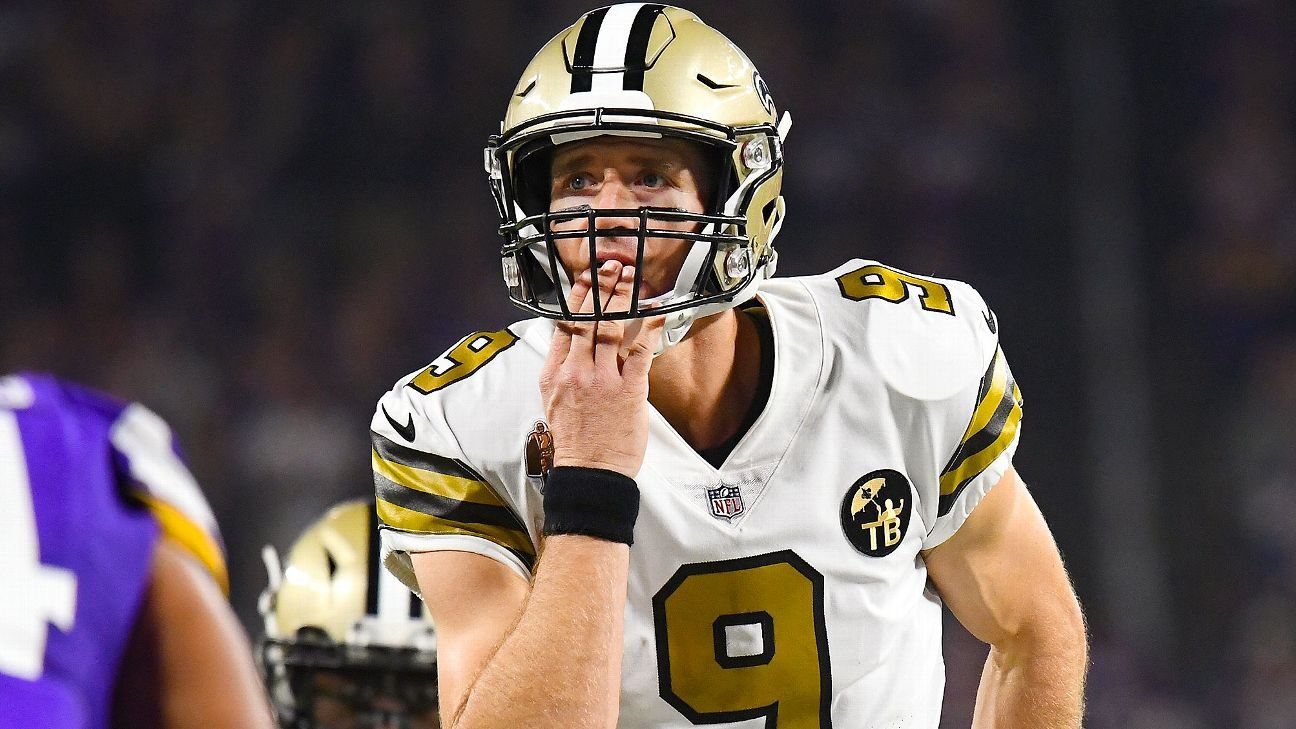 Spitting, snot rockets, hand licking and other unclean habits have long been part of sports. But as we return to play amid the coronavirus pandemic, do they still have a place?

Snot rockets
Benn, of the NHL's Canucks, said it's not mandatory that he launch snot rockets into the atmosphere. It has just become a natural part of his routine.

"You're breathing heavy after almost every shift. You come off the ice, sit on the bench, clear your runways, take a sip of water and then you get back out there," he said.

The NHL's return-to-play protocols don't specifically call out spitting, licking or "snot rockets" like baseball and basketball do, other than asking players to use tissues for a sneeze.

"I'm not going to put my stick down, take my gloves off and ask the trainer, 'Can I have a tissue?' That's just not going to happen," Benn said. "If they tell us we can't do it, the entire league and every guy is just going to do it anyway. I think it's going to be too hard to police. Guys aren't going to be thinking about it. It just comes so naturally."

All 24 teams set to participate in the Stanley Cup Qualifiers and Stanley Cup Playoffs successfully reported to their respective hub cities of Edmonton and Toronto on Sunday. In Phase 4, all 52 personnel (players and club staff) for each team will be tested for COVID-19 on a daily basis.

On Aug. 1, the qualifying round of the postseason will begin with both round-robin and best-of-five series games. The plan is for the Stanley Cup to be awarded during the first week of October. The conference finals and Stanley Cup Finals will take place in Edmonton.
L

Mucosa and mucosa-eah are important to cellular constructs ... inclusive of agnos, antagonist and protagonist (hero)?

Imagine the spitting mad cobra or camel from another string ... do they fit the basket?

All that spitting and 'snot rockets' stuff is pretty disgusting to me - and really not right in these times (if it ever was!!)


Ritafee said:
Guys aren't going to be thinking about it. It just comes so naturally."
Click to expand...

Yah - let's not ask the guys to think about wellbeing of their team-mates .... geez. Lots of stuff "comes naturally" - and behaviour can change if people want it to - seems there is not any will for change in this matter. You know (sarcasm alert!) 'boys will be boys' rationale. So bad. They seem to be able to take their gloves off pretty quick to fight. Do we see all this spitting etc. in basketball? Don't think so. They're working just as hard.
L

I have a spitting problem that's medical ... yet doctors would never acknowledge that it was abnormal mucosa production until complications actually hospitalized me.

My Dad was telling me yesterday about this new extra-innings rule MLB has put in place - to be honest I wondered if he had it correct - but he did! They put a man on 2nd at the start of each half of the extra innings ...
MLB debuts new extra innings rule: Shohei Ohtani makes history, but A's walk off on grand slam home run.
You must log in or register to reply here.
Share:
Facebook Twitter Reddit Pinterest Tumblr WhatsApp Email Link
Top