Another sickening terrible event. I just heard the shooter is Australian

How does society combat this type of thing. How do you stop the spreading of vile ideas. 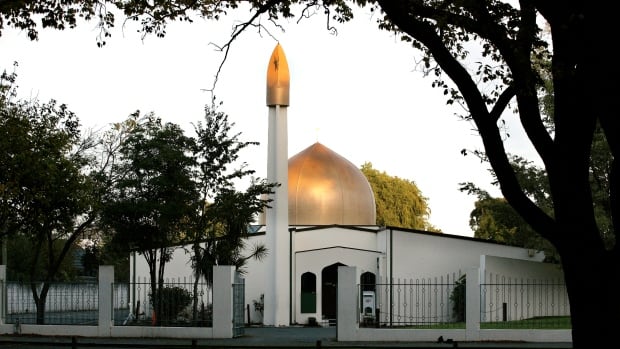 A manifesto linked to the man charged in the shooting attacks of two mosques in Christchurch, New Zealand, says he was motivated by white nationalist ideology, had planned the attack for years and anticipated that he might not make it out alive.

The fact that our own Andre Bissonnette was one of the names the shooter cited is a bit chilling.
Click to expand...

The link is broken.

Kimmio said:
The link is broken.
Click to expand...

Still working for me. Anyone else?

It works if I go to CBC news first, from the search engine list.

Kimmio said:
It works if I go to CBC news first, from the search engine list.
Click to expand...

Weird. Tried on my phone, too and it's fine. Wonder if it's from posting it from my phone. Here's a repost using a desktop. See if it works.

Heard from my Kiwi friend on the other board. One thing that she's questioning is where he got the gun. They have very strict gun laws and apparently less of a problem with black market guns than we do. Another thing that will probably be addressed as the investigation proceeds.

Aaand apparently those laws are not tight enough.

Mendalla said:
Weird. Tried on my phone, too and it's fine. Wonder if it's from posting it from my phone. Here's a repost using a desktop. See if it works.

It will only open the "amp" link from my phone when I google CBC (and it's one of the first stories that comes up.)

It works on my iPad.

My son went to mosque today and did free hugs.

Our Moderator Richard shared a lovely prayer- not sure how to share it here.

Mendalla said:
Heard from my Kiwi friend on the other board. One thing that she's questioning is where he got the gun. They have very strict gun laws and apparently less of a problem with black market guns than we do. Another thing that will probably be addressed as the investigation proceeds.
Click to expand...

The shooter is sigh an Aussie - but he got the guns in New Zealand. After our Port Arthur shooting our gun laws were tightened considerably. Unfortunately, up until now, New Zealand has been unsuccessful in changing their gun laws. (But, it's normally such a peaceful country -they could not have anticipated this.) I'm sure, after listening to their Prime Minister, these stricter gun laws will soon apply.

What can be done to try and prevent terrorist attacks? This guy belonged to some far right social media sites -perhaps make it clear on these sites that there is a huge difference between free speech and hate speech. If hate speech was censored it might go some way to not giving them a platform to spread their hate?

The media generally has to accept some responsibility. All throughout yesterday we saw the terrorists own camera work as he proceeded to massacre innocent folks -with the sickening comment, "let's have some fun". It was repeated ad nauseam.

This might seem an odd thing to say, but behind so much hate is fear. What you don't understand, you fear. That is , it seems to me, why so many in society don't welcome change. Change is happening now, more than ever. Neighbourhoods are changing rapidly, and some don't welcome the change or find it easy.

We have to find a way to have these difficult conversations about change, and fear of difference. These seemingly disparate groups have to come together and have these conversations in an open way - then perhaps, in time, they'll get to appreciate they have more in common than they once thought..

Terrorism is murder - no matter which "tribe" you belong to. We are all members of the human race, so what we have in common needs to be emphasised.

The problem, which got by most regular internet users before - pre2016 - is that these far right and alt right sub groups use buzzwords, "dog whistle" words and memes/ symbolism to spread their speech. And it changes. It's not just obvious speech. Who knew the "ok" hand symbol is a white nationalist symbol now? Etc. they can deny and say that's ridiculous on platforms that call them out because it might seem innocuous but it's signalling to others who are in on the lingo. I think it's important to get educated about who the alt right and far right groups are and what they are spreading. It's on a spectrum, imo, with some people/ groups/ ideas, being "gateways" to going further down the rabbit hole.
Last edited: Mar 16, 2019

There’s only so far you can twist a mind into accepting the unacceptable before it breaks ...
In his manifesto the attacker explicitly stated that he chose Muslims as the group of immigrants to target because ...
The flames of Islamophobia have been fanned by 'Government' propagandists ...
The Christchurch attack was indeed evil and horrific ...

We have to rise above tribalism - our governments can try to manipulate us - but, they're politicians, they wouldn't do it if they didn't think they'd succeed....... Ultimately, it's up to us to show them that tribalism won't work. It's too easy to blame politicians and big business - we all have to take an honest look at tribalism, fear and prejudice.

She doesn't mention Richard Bott's prayer here but she has something to say:

What use is prayer? - Gretta Vosper

The New Zealand massacre turns the world's religious to prayer though its greatest value seems to be that it does little more than soothe those who use it.