I read that earlier ... isn't that capital of an odd nature? 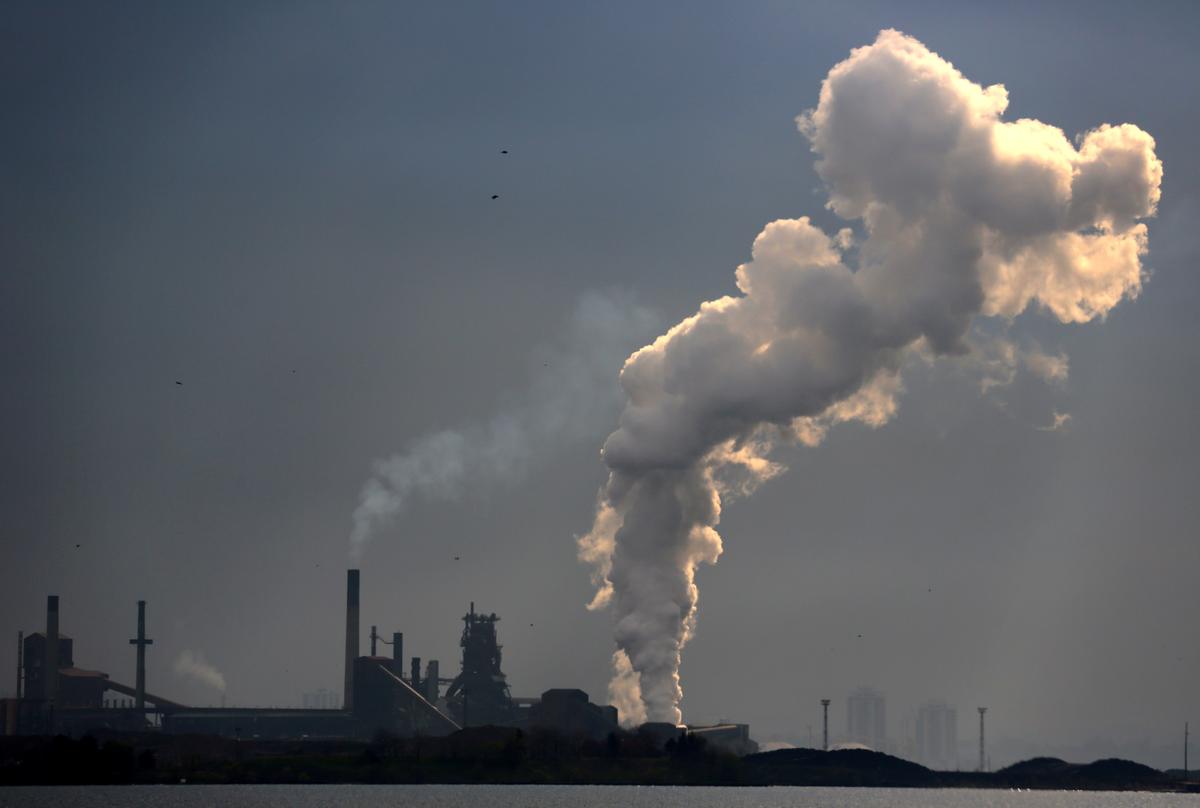 Sweden's central bank said on Wednesday it had sold off bonds from the oil-...

Mrs.Anteater said:
@Mendalla - here is an article showing that banks can be on the side of the environment

Sweden's central bank said on Wednesday it had sold off bonds from the oil-...

Again, not a commercial bank, but the equivalent to our Bank of Canada that manages the state's money supply. They tend to reflect government policy moreso than a commercial bank. I am sure you could find commercial banks that are reducing their exposure to carbon dioxide producing industries but they won't be common and it will be due as much to declining oil prices and the lower returns that brings as to worry about the environment.
L

Back to that broad surrounding mother again ... nature? 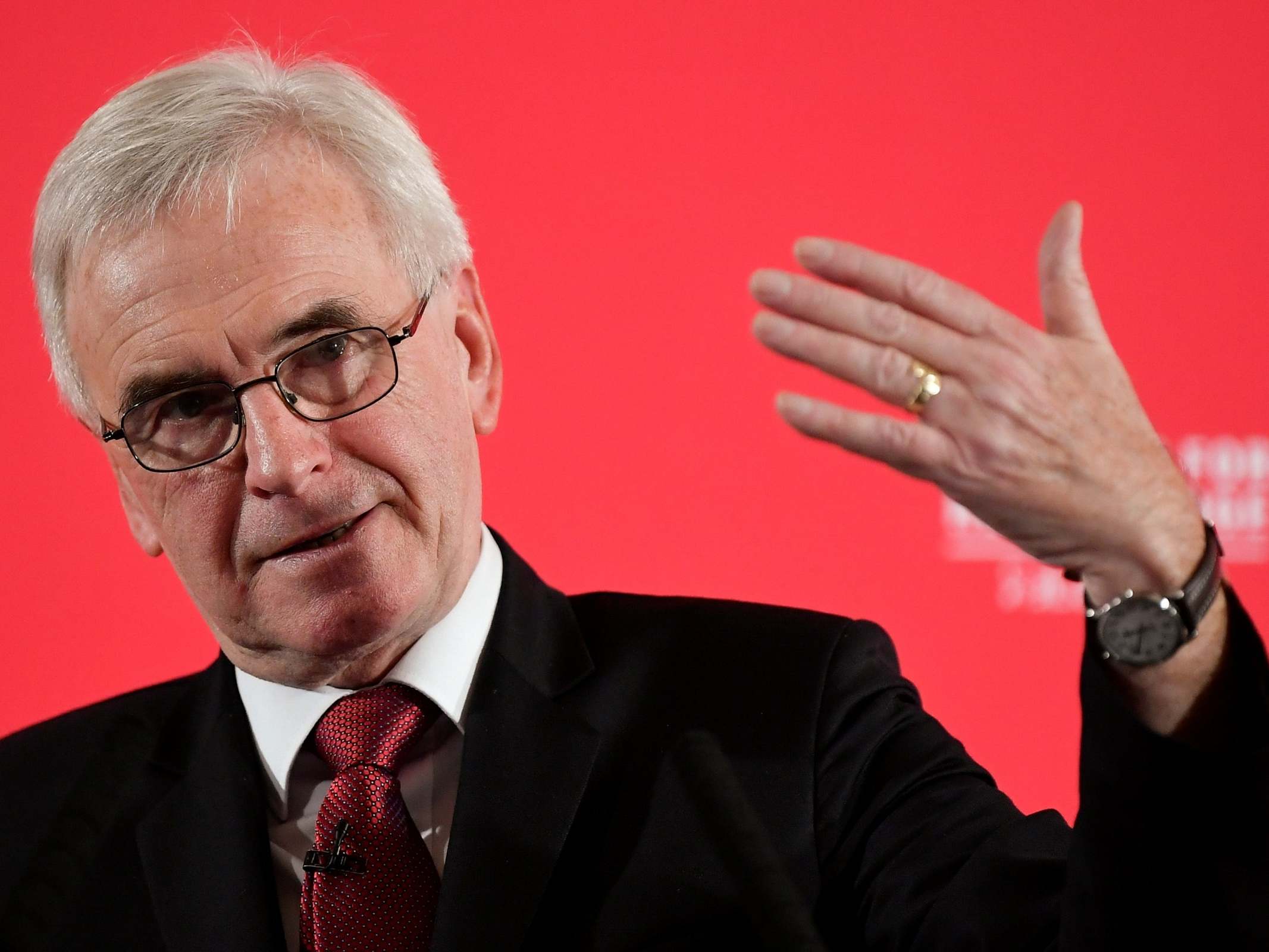 Companies that fail to tackle climate change will be delisted from the London Stock Exchange, Labour announces

Is de Listing a kind of upright stance? When the tyrants demand to hold the line with nothing ... the vast void ... inconceivable abstract!

Scientists have a moral obligation to clearly warn humanity of any catastrophic threat and to “tell it like it is.” On the basis of this obligation and the grap

academic.oup.com
” Short “ version on what needs to be done.

Why does anyone actually put any faith into our Governments to do anything about 'Climate Emergency'.

Where in the world is there a government pro-actively beating weapons into plowshares?

Climate change must not be securitized as a threat multiplier that requires a robust military response.

1. Disarm and demilitarize for climate justice and sustainable development. In 2004, a UN Group of Governmental Experts released a report, The Relationship between Disarmament and Development in the Current International Context, and advocated for the mainstreaming of the disarmament-development relationship. Thus, an integrated parallel process of disarmament and demilitarization must be pursued alongside climate mitigation and adaptation and the post-2015 development agenda.\

2. Reduce and re-direct military spending to climate finance and research, development, demonstration and deployment (RDD&D). The International Energy Agency (IEA) calculated that the total additional investment needs for mitigation for the period 2010-2050 are US $45 trillion. The IEA also estimated that funding for climate RDD&D requires a two to five fold increase to $40-90 billion annually. Combined, this is approximately $1 trillion a year for mitigation and research for the next forty years and roughly equivalent to annual military expenditures.

3. Mitigate and adapt to prevent the drastic impacts of climate change in the Arctic, stop its industrialization and militarization. Countries, such as Russia, the United States, and Canada have plans for increased natural resource development and shipping in the Arctic. These countries are also modernizing their navies for the Arctic environment. Yet to protect this fragile ecosystem and stay within the carbon budget, oil and gas should stay under the ice. their navies for the Arctic environment. The region should be demilitarized, declared a nuclear-weapons free zone and a zone of peace.

4. Convert defence industries into civilian, green industries to create a low-carbon economy. The UN Group of Governmental Experts’ 2004 report, recommended that conversion should be encouraged for disarmament and development. To tackle the climate crisis, a conversion plan would help lay the foundation for building a green economy. A University of Massachusetts report found that more jobs could be created with $1 billion in government expenditures in health care, education, and construction than in the military.

5. Abolish nuclear weapons and avoid nuclear energy. Due to the inherent link with nuclear weapons, nuclear power as a pathway to a low-carbon future should be avoided by the DDPP. Nuclear power risks cost-overruns and accidents. In its report, Nuclear Weapons Cost Study, Global Zero estimated that world spending to date on nuclear weapons exceeded one trillion dollars per decade and predicted that another trillion dollars will be spent over the next decade as countries modernize their arsenals.

6. Integrate cooperation, peacebuilding and nonviolence for climate-resilient communities. Cooperation is necessary to stay within the carbon budget in an equitable and just way. The UNFCCC has established the cooperative architecture of diplomacy and the rule of law to peacefully resolve climate conflict. At the local level, peacebuilding and nonviolent conflict resolution help to ensure climate resiliency in communities.

Climate change must not be securitized as a threat multiplier that requires a robust military response.

Posted on April 12, 2019 by NS VOW
Engaging the Public in the Global Day of Action on Military Spending


It was a cold and windy April day, when NSVOW members and supporters engaged the public in an activity about public spending where people passing by in front of Halifax Central Library put four quarters (supplied by NSVOW) into jars labeled:
It was evident that people took the exercise very seriously as they contemplated how to distribute their quarters.

They were then invited to fill out a poster ...

If I had 1.75 trillion dollars (approx amount of world-wide annual military spending)

That is a really great activity!
L

Sounds like the winds of gods ... blow them away leave them with nothing to ponder and worry to death!

Things in de mental world are differently divided than in the substantial world that ignores giving until it hurts ... for that kind of directive (roue 'd) is uncomfortable in the search for pleasure.

After the facts of life ecstacy ... negatory insubstantial contemplation that crosses the line between hard reality and the softer version as it rolls into depression (downhill) nietch? Perhaps a mire hallucination bought on by dreamy flights of mind ... aere it is ...

Of course the mind/psyche/soul is said not to exist in a stone set world ... pure logos of mythology! God help us it is a dark aeriea ... i'm told intangible ... an experience within itself! BH theory Osis? Silver linings? That's the she Kill ... a misnomer or type of dispelling of the darkness as absence ... but where do you go at nightfall?

W/O the blue green dot in space ... how would men of war be able to practice burnt earth policy to exhaust that aerie thought? Carbonization is as important as the iron sillu Ka cycle ... another odd cycle with nitrogen and congruent phosphates ... thus cornfield icons ... 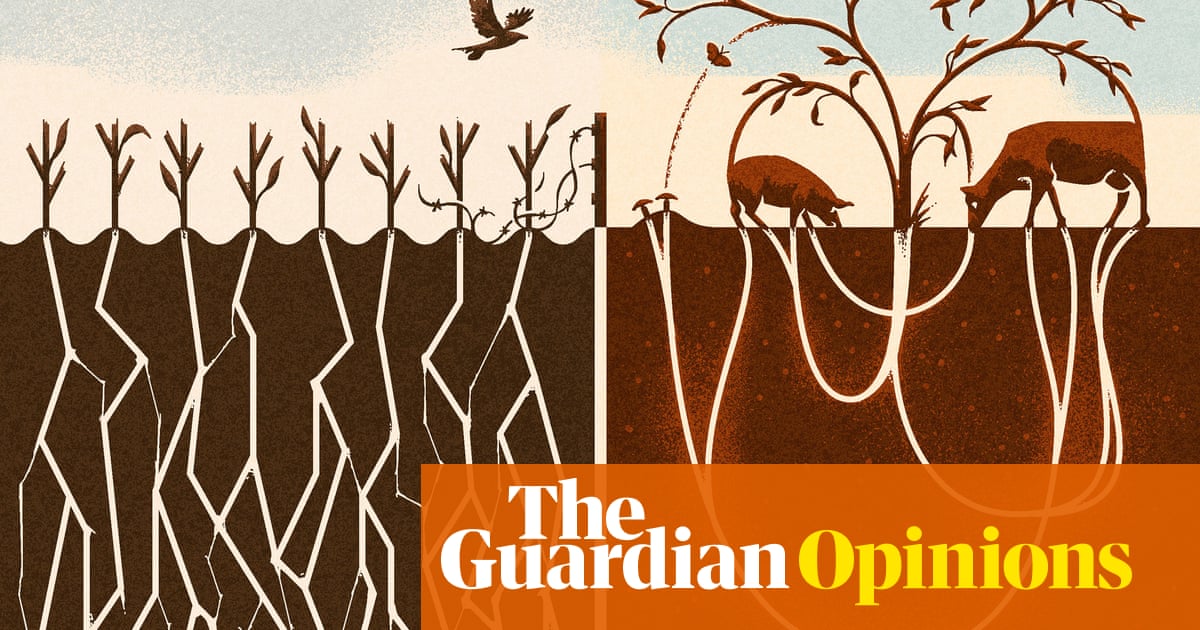 If you want to save the world, veganism isn’t the answer | Isabella Tree

Intensively farmed meat and dairy are a blight, but so are fields of soya and maize. There is another way, says the farmer Isabella Tree

Makes sense to me!

Some among us are addicted to the restless pursuit of power. Many of us are addicted to the diverse substances and patterns the wielders of power offer as the means to profit. This at the expense of our human being and its environment. Sometimes addicts break free. Most times their addiction bring disorder and death.
L

GeoFee said:
Some among us are addicted to the restless pursuit of power. Many of us are addicted to the diverse substances and patterns the wielders of power offer as the means to profit. This at the expense of our human being and its environment. Sometimes addicts break free. Most times their addiction bring disorder and death.
Click to expand...

Mortal icons to do multiple etudes on ... polyticks? Extensive knowing ... as pre*gnostic! Con Septives allowing the holy # 7 ... T's even AD missal ... over head?

Must be integral ... or integrated! Thus words must be squeezed in there somewhere ... even if appearing as nothing or nowhere!

If every one of us used less each day rather than more the effect would be substantial. This is not what the propaganda machinery of corporate power fosters. The seduction of more is better has infected us and threatens our environment. Which is the source and substance of our material being.

We came to all lands as enlightened despots. We crushed indigenous people wherever encountered. Thanks be to God that the ancient teachings of these peoples have surfaced. By their light we may find our way forward confidently. It will mean a refusal of our liberal democratic state under the rule of capital interest. An exodus leading to a healing journey of transformation.

This word is now being pronounced in the hearing of all persons and peoples. As an ancient Hebrew poet said: “Multitudes, multitudes in the valley of decision.” The question is also asked by Moses: “I set before you a choice between life and death. Why would you choose death?”
Last edited: Dec 27, 2019

Evangelical entrepreneurs just came to mind. These say what happens to the earth is of no consequence. What matters is located after death. Till then? Obey your politicians and enjoy all the pleasures of the marketplace with no concern for negative consequence. Your conspicuous consumption being, for evangelical entrepreneurs, indication of God’s blessing. All through the blood of Jesus.
You must log in or register to reply here.
Share:
Facebook Twitter Reddit Pinterest Tumblr WhatsApp Email Link
Top