Did He Really Have to Die the Way He Did? 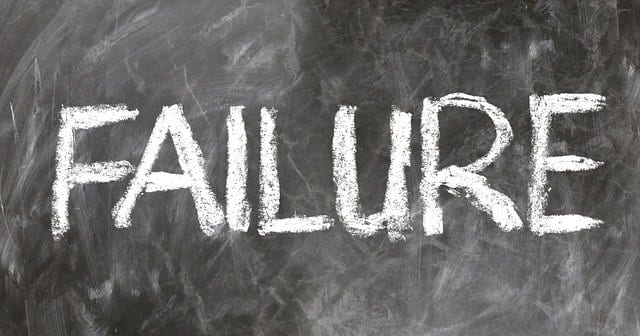 Did Jesus Need To Fail In Order To Save Us?

For those who embrace the doctrine of Penal Substitutionary Atonement Theory , the Gospel message seems to hinge upon the need for Jesus to be rejected. In fact, they believe that Jesus NEEDED to die and, in fact, if Jesus didn't die on the cross then no one would have been forgiven of their...

I like his take on it. I have always seen the Crucifixion as the necessary prelude to the Resurrection, not the main show. Overcoming death is the message, so death had to be present, but it is the Resurrection that opens possibilities, not death. So to that degree, how Jesus died may not matter.

That said, I think Jesus being executed does matter to some degree. He died because of the powers and potentates of the world. It was not a natural demise, but a horribly unnatural one. And it is overcoming that kind of death, death that is the product of human sin rather than natural process, that really matters if we want to change the world. A world where everyone died a natural death of old age, rather than being stabbed or shot or nailed to a cross, rather than starving or getting preventable diseases, would be well on the way to the Kingdom.

Like the article says, forgiveness was always offered to us before the crucifixion, even before Jesus IMO.

I seem to remember the story of the goats during Yom Kipper.....where two goats are offered for sin offerings each year. One is selected by "lot" or Cleromancy and sent out into the desert and the other is offered to the lord for a sin offering or sacrifice. Sound familiar?
It is very close to the the story of Jesus and Barrabas and which one they choose to be released and which one is chosen for the Lord.

Not a very compelling argument for or against. It makes good discussion starter. It doesn't really engage the text in any way save to say pretend the text was different.

Grace triumphs. Is that the end?

What if we spent less time imagining what if?

What if we imagined grace liberates. What would we be free to do then?

revjohn said:
Grace triumphs. Is that the end?

What if we spent less time imagining what if?

What if we imagined grace liberates. What would we be free to do then?
Click to expand...

But do we need a crucifixion and resurrection for that to happen?

Waterfall said:
But do we need a crucifixion and resurrection for that to happen?
Click to expand...

Can't really test an alternative can we?

Of course, since it is a matter of faith, one need not accept it. Inventing a more appealing alternative makes for a more comfortable faith maybe. I'm not sure it makes for a transformative one.

The scapegoat. And one is Jesus, the Son of Man. The other is literally bar Abbas, "Daddy's son".

revjohn said:
Can't really test an alternative can we?

Of course, since it is a matter of faith, one need not accept it. Inventing a more appealing alternative makes for a more comfortable faith maybe. I'm not sure it makes for a transformative one.
Click to expand...

Well I guess what I'm saying is, didn't God and Jesus teach and offer grace before the crucifixion? And if that's true, then what was Jesus' purpose to walk into being crucified IYO? He already forgave sins and offered grace didn't he?

Waterfall said:
Well I guess what I'm saying is, didn't God and Jesus teach and offer grace before the crucifixion? And if that's true, then what was Jesus' purpose to walk into being crucified IYO? He already forgave sins and offered grace didn't he?
Click to expand...

To show the power of Grace to an unbelieving world, perhaps? Perhaps he is making a statement that not only can God's Grace overcome sin, it can overcome Death itself. It does mean Jesus putting a lot of faith in God, but he showed that all through his ministry, save a rare moment of doubt here and there.

Part of the journey of a Holy Figure (and there have been many from most traditions over the millenia), is sacrificing their own bodies for eternal life or the continued earthly life. This was always cyclic in nature. As I understand it, the Jesus story is supposed to put an end to such sacrifices once and for all in favour of a symbolic, less formal rite. Humanity was freed from the further need for such sacrifice, either animal or human, unlike the Pagans. That differentiated Christianity from other belief systems . Not sure that the fetishism that ensued around the actual crucifixtion was the point. Again, every story about a Hero like that involved a death and resurrection. On another level though, I get how it points to God using the unchangeable fact of the execution that already existed to show that love wins.

Leviticus 17:11 (AMP)
11 For the ]life of the flesh is in the blood, and I have given it to you on the altar to make atonement for your souls; for it is the blood that makes atonement, by reason of the life [which it represents].’

So to answer this question -----
Did He Really Have to Die the Way He Did?

I say a big Yes -----because of Adam's Big mistake

Just how I view this

unsafe said:
-Jesus was alive here so no atonement was made to forgive all sin for all time until Jesus shed His Righteous Blood to obtain that -----
Click to expand...

So now today, you, yourself, never have to pray to God to forgive your sins ever again?

Study Bible
The New Covenant
…11No longer will each one teach his neighbor or his brother, saying, ‘Know the Lord,’ because they will all know Me, from the least of them to the greatest. 12For I will forgive their iniquities and will remember their sins no more.” 13By speaking of a new covenant, He has made the first one obsolete; and what is obsolete and aging will soon disappear.…
Berean Study Bible · Download

Cross References
Isaiah 43:25
I, yes I, am He who blots out your transgressions for My own sake and remembers your sins no more.

Treasury of Scripture
For I will be merciful to their unrighteousness, and their sins and their iniquities will I remember no more.

Jesus will separate the sheep and the goats at his return. What does this mean?
www.biblestudy.org

My view on this

Because Christ has conquered the grave and death – because Christ lives forevermore – you and I can also live. This is what it means to say that Christ is the first fruits from among the dead.

“But now Christ has been raised from the dead, the first fruits of those who are asleep. For since by a man came death, by a man also came the resurrection of the dead. For as in Adam all die, so also in Christ all will be made alive.” [1 Cor. 15:20-22]

This is absolutely a False Teaching of what this scripture is actually saying -------The scripture says death came by man ----Adam ---the curse of disobedience -----NOW ---- this is what the Scripture really says ------so also in Christ all will be made alive.------

Waterfall said:
Well I guess what I'm saying is, didn't God and Jesus teach and offer grace before the crucifixion?
Click to expand...

Grace was taught and grace was offered. Despite that, the wages of sin are still death. People still sin the wages are still to be paid. Something more needed to be done.


Waterfall said:
And if that's true, then what was Jesus' purpose to walk into being crucified IYO?
Click to expand...

The cycle can repeat or the cycle must be broken. Previously the response to repeated sin was repeated sacrifice. Wages paid out pay period after pay period so to speak. What was required was one massive payout that could cover all sin. You and I weren't up to that task because we are, all things considered, finite. God being infinite could wrap all those paydays into one and pay-out all outstanding balances. Which is where Christ comes in. Fully human and fully divine. He can take all that God dishes out being God in the flesh.

God has no past and no future, dwelling only in the eternal now has decided to forgive. Wages must still be paid out and Jesus takes the lump sum option that we could not. We, bound by time and space as creatures set in a time and a place need that payment to happen in our realm which is governed by time and place so we can point to a specific time and a particular place and say that it has happened. The grace inherent in that action has the ability to reach backwards and forwards through time so that all people God wills to be saved are indeed saved.

“The wage of sin is death.”

God loves the world and all of its peoples. They were one people in God’s sight until pride divided them. That division is overcome in Christ and the unity of God and humanity restored.

The book of Revelations indicates that the whole world is in bondage to the fear. In Christ that fear is overcome. Christ makes clear that death puts behind us all that contradicts the way of God. Jesus walks in this way and suffers a terrible death. This by the will of political and religious personalities dedicated to the pursuit of power.

“Multitudes in the valley of decision.”

Subtleties of leviathan are in the tomes! Thus the lizard brain descends ... to some it is the enigma of schitz!

unsafe said:
Hunan Kind was to live forever ------there was no death in Eden
Click to expand...

Could you explain this to me, unsafe? If there was no death, how could there ever have been birth? Earth was to have been completely uninhabited, except by two humans in a relatively small garden? This doesn't make any sense to me as a "Creation story", which is what the Genesis myths are.
You must log in or register to reply here.
Share:
Facebook Twitter Reddit Pinterest Tumblr WhatsApp Email Link
Top